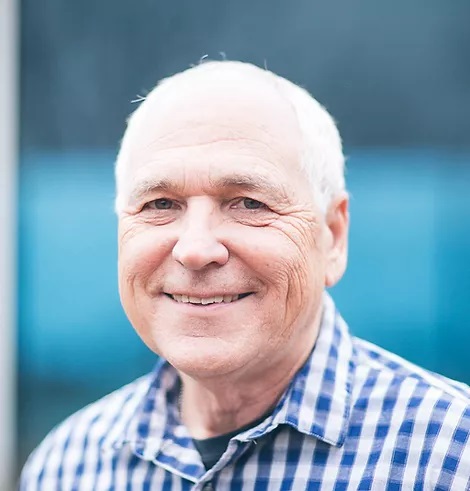 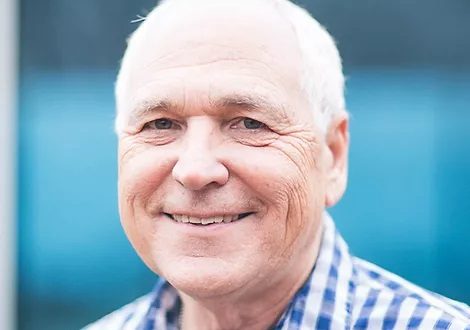 We’ve celebrated the excellence of our Alumni with the presentation of the Restoration Award since the 1950’s.

Unmistakably, there are far more Alumni given to excellence than there are awards. Yet those we recognize with the Restoration Award are a sampling….a model….a standard….representing hundreds of others who could easily be on this platform receiving our respect and esteem for serving Christ with distinction…some of whom we are aware and some who are beyond our earshot.

Vince Lombardi once said, “It is time for us to stand and cheer for the doer….the achiever….the one who recognizes the challenges and does something about them.”

This year’s recipient is one of those “doers,” an “achiever,” and has responded admirably to the challenges set before him in his near 5 decades of ministry and public service.

Craig Wendell Zastrow was born February 22, 1950, in St. Paul, Minnesota to Winston and Bernice Zastrow, students of Minnesota Bible College. He was the oldest of four children:  sister Teri, and brothers Brent and Todd.  All four children are alumni of Lincoln Christian University. In their growing up years, their preacher/father served churches in Sheldon, Wisconsin; Ancona, Illinois; Wapella, Illinois; and Clinton, Illinois. Craig attended grade school in Wapella and high school in Clinton. He loved athletics and played varsity basketball and ran cross country. He also has a “legend” in Clinton, Illinois that comes from Craig and other school buddies visiting the church’s bell tower, turning on the loud speaker, and singing …which was heard throughout the town. This preacher’s kid had a father who was a good sport.

Upon his graduation from Clinton High School in 1968, Craig attended Lincoln Christian College, where he played varsity basketball and served as a Resident Counselor. He graduated in 1972 with a Bachelor of Arts in Christian Ministries. He married Cathy Uhl in 1972 and they have two children, Michelle and Eric.

An “instinctive” response led him to become an Emergency Medical Technician, and for several years he worked at Abraham Lincoln Memorial Hospital as an EMT. He continued his studies and graduated as a paramedic in 1976 and that same year earned a Master’s in Counseling from Illinois State University. He was later promoted to Supervisor of Paramedic and Ambulance Service in Lincoln. While continuing to serve full time as Supervisor of the Paramedic Program, Craig also worked part-time as a counselor for Logan Mason Mental Health. In 1986, he began full-time work at Logan Mason Mental Health, where he became Executive Director in 1988.

Alumnus Brad Bennett, LCC ‘83, now serving with Auburndale Community Church in Auburndale, Florida, said this:  “…we worked together at Abraham Lincoln Memorial Hospital after paramedic school.  We were truly the first paramedic system in the country. I was chief, and Craig was my assistant, but Craig became chief after I went into the preaching ministry.  Craig was the glue that helped hold things together to keep all our wheels on.  We laughed, cried, and celebrated victories and defeats together. He always went above and beyond treating his clients. He was my mentor, and I use techniques Craig taught me in my ministry today.”

During his time in Lincoln, Craig was an active member and elder at Jefferson Street Christian Church and was an assistant basketball coach along with Jeff Mayfield at LCC.

Craig felt an expanded call into ministry with the local church, and in 1994 was ordained to the Christian Ministry. He was called to serve as Executive Pastor at Central Christian Church in Beloit, Wisconsin, where he is now in his 25th year of service. His community service contribution includes being an assistant basketball coach at Beloit Memorial High School and serving as a board member with the City of Beloit Police and Fire Commission.

Craig has continued to combine his church administrative duties with leading presentations and workshops on the subjects of mental health, depression, and suicide. He has provided counseling services at Central Christian, the majority of it being marriage counseling.

The Beloit congregation has been through 3 building programs during Craig’s ministry there. One contractor, who worked with phase one of their building expansion, said that the project there was one of the finest he had led because of Craig’s administrative gifts and knowledge. He said Craig’s management kept every step moving along and demonstrated the extreme confidence the leadership and congregation had in his decision-making abilities.

Craig is a former Board Member and Vice President of Christianville Foundation in Gressier, Haiti. He has participated in several Haitian mission trips building houses, worked with a feeding program, and visited villages to worship with the people. He and Cathy sponsored a Haitian student and family to attend Lincoln Christian Seminary, and they helped sponsor another Haitian family to attend Johnson Bible College.

Craig and Kathy are grandparents to Jordan, Sophie, and Camrea Fulk; and to Evan and Seth Zastrow. His grandson Jordan affectionately recalls Craig taking him to this year’s Final Four in Minneapolis. Jordan has food allergies and while there suffered an allergic episode. Craig was ready to administer the epi pen, while other emergency paramedics there watched with confidence that with Craig’s background, he’d be able to do this.  But….in front of all, Craig mis-held the pen and instead shot it straight through his own thumb. Jordan loves the funny story, but mostly loves that his grandfather was driven to save his life.

Anyone knowing Craig knows he is a prankster and is a great target of being pranked. His dear friend Norm Clark (now in Heaven), after some jousting about how Craig was always borrowing Norm’s tools, managed to slip into Craig’s garage to write his name with permanent marker on every tool and piece of equipment in Craig’s garage. That was 24 years ago, but Craig fondly says, “Every time I look at one of those tools, I smile and remember my friend Norm.”

Craig will be retiring from full-time ministry as Executive Pastor in February of 2020, but will continue as part-time counselor at Central Christian Church in Beloit. Craig Wendall Zastrow, you have come from a lineage of “Zastrows” that will always have a beloved place in our history, from the ministry of your father Winston, a passionate preacher who also taught in our classrooms, to your siblings who serve Christ as professional Christian leaders, and on this occasion especially you as a servant, joy-maker, mentor, and helper to so many. Indeed you are a “doer” and “achiever.” It is with distinction we present the 2019 Restoration Award in the Field of Kingdom Service to you with glad hearts and gratitude for your service to Christ and His Kingdom.