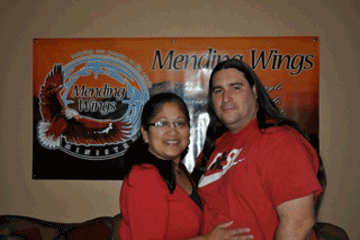 Corey Greaves is a 1996 graduate of Lincoln Christian University. He graduated with a degree in Cross-Cultural Missions. Corey (Blackfeet) and his wife Gina (Yakama) reside on the Yakama Reservation in Washington State. This is his story…

In 2005, I was a part of a Native American youth conference in New Mexico. I was so disappointed at the end of that conference because the only thing that made it a Native youth conference was that there were Native youth there. But it looked, smelled, felt, and sounded like any Euro-American youth conference you would find in Anywhere, U.S.A. That was not ok with me, as I had been watching,and sadly been a part of Native youth ministries who saw no perceived value in anything Native, so the leaders figured they could get along without it. They, on the other hand, had everything of value to offer us. And so I watched a replacement-oriented theology happen over and over again. In my frustration, I yelled out to Creator for help. What I heard back was this:

My people were here long before the others cast their sails to the wind.

Before the tears of innocence like a heart-break would descend.

My people spread like eagle’s wings across the mountains and the plains.

Now our feathers have been broken, but the eagle still remains.

Since our people lead the nation in teen suicides, alchoholism, shortest life expectancy, lowest percentage of high school graduates, lowest per capita income, and highest levels of unemployment and less than 3% of us claim to be followers of The Jesus Way after 500 years of effort, we knew that’s what we were to be about—mending the wings of our people so we could fly again. 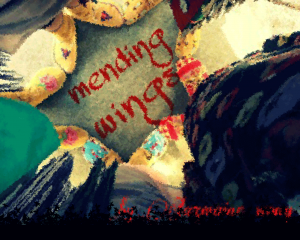 Mending Wings is a Native American, non-profit youth organization. It is one of the largest faith-based, Native youth organizations in the country. What that means to us is, we get to impact the lives of A LOT of Native students with the healing, love, justice and reconciliation of Yeshua.

Under the umbrella of Mending Wings are eight different programs that are designed to retain and revitalize culture, bring healing from historical trauma, encourage leadership development and teach us how to be followers of The Jesus Way within the cup of our own cultures as Native people. We have seen these programs change the lives of hundreds of Native teens over the last eight years! 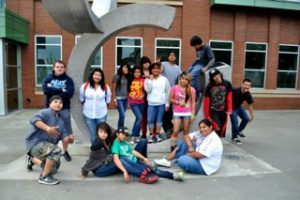 One such program is called Dancing Our Prayers. Dancing Our Prayers is a great example of a de-colonizing praxis as teams of Native students travel locally, regionally, and nationally sharing Christ in culture as they drum and sing, dance in full regalia, perform powerful drama, give testimony, and break down barriers and build bridges of reconciliation and justice between Native and non-Native folk. They perform in churches, camps, and conferences all across the nation. If you would like a Dancing Our Prayers team to visit your church, camp, or conference please contact me, Corey Greaves at 509-949-1923 or corey@mendingwings.net