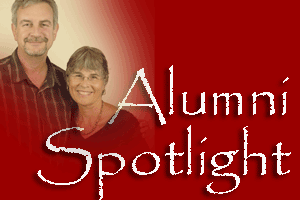 Harvest Prayer Ministries (HPM), founded by Dave (LCC ’75) and Kim Butts, is in its 20th anniversary year in 2013. Their vision for HPM is to call and equip the Church to become a house of prayer for all nations, in order to see revival and the finishing of the task of world evangelization. Accomplishing their mission involves teaching, resourcing, and networking.

The Harvest Prayer Ministries office is in Terre Haute, Indiana. There are six staff members who work there and four others located throughout the nation. For 20 years , Dave and Kim, along with other teachers such as Jon Graf and Alvin VanderGriend, have travelled the nation, conducting prayer seminars and conferences. In addition to a strong teaching emphasis, the ministry also launched PrayerShop Publishing to develop effective resources for churches and individuals. One of the most exciting recent developments is the publication of a new magazine on prayer, called Prayer Connect.  Published six times a year, this powerful tool to grow prayer, also is available in digital format.

Both Dave and Kim have been productive writers in the area of prayer with new projects currently in the works. Together they have written Pray Like the King and Revolution on our Knees. Kim wrote The Praying Family for Moody Publishing. Dave has written The Devil Goes to Church, Asleep in the Land of Nod, Prayer and the End of Days, Desperate for Change, and When God Shows Up.

Through the years, Dave and Kim have networked with prayer leaders from around the world. Both serve on the Executive Committee of America’s National Prayer Committee where Dave serves as Chairman of this group of almost 100 national prayer leaders. They will both have additional responsibilities next year as Dave is serving as President of the International Conference on Missions for 2014.