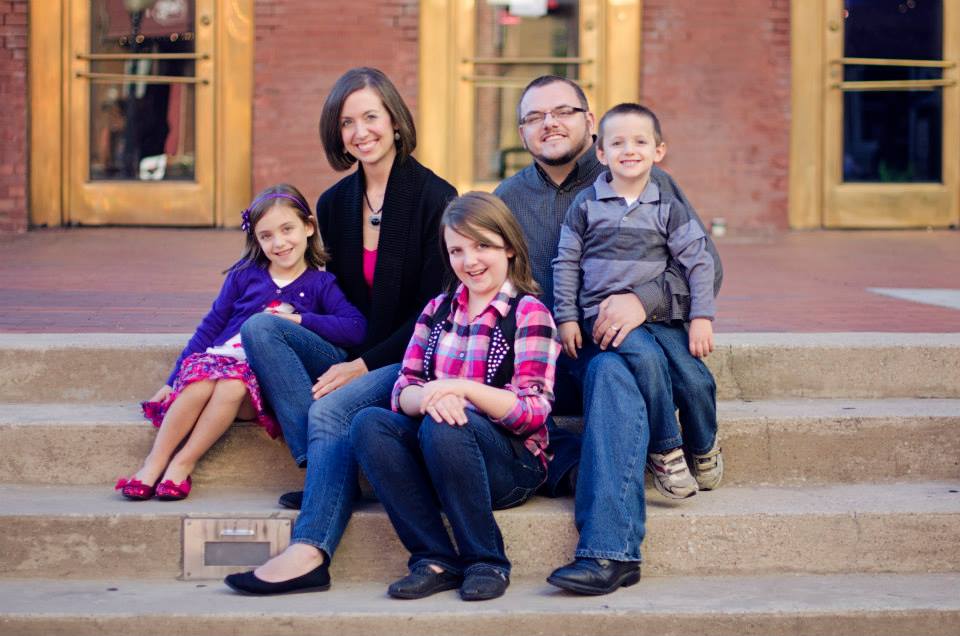 “The chaotic pounding of footsteps resounds throughout the village in response to the news the invaders are close behind. Mothers hurriedly pick up babies as older children clutch the hands of their younger siblings. In a torrent swarm of activity, each North African family is forced to make snap decisions that will have life changing implications as they seek to evade the looming disaster.

“Mr. Jazoli scans his home, quickly choosing what to carry with him as he flees. He sees the old, tattered briefcase which houses his most treasured earthly possessions. In a harried moment, he joins the mass exodus of his people and embarks on a several day trek to the camp on the other side of the border with this briefcase in tow.

“While at the refugee camp, Mr. Jazoli receives a visit from my colleagues at Pioneer Bible Translators who also reside in this city. After heartfelt introductions, Mr. Jazoli carefully opens the cracked leather briefcase and shares the contents he painstakingly carried while fleeing for his life. To the surprise of our team, Mr. Jazoli hands them a weathered alphabet book, a training certificate and some translated stories he has developed –the articles my friends immediately recognize as the precursory elements of a Bible Translation in his language.

“Mr. Jazoli shares his life-long dream – the Bible translated into the language of his people.

“Mr. Jazoli passed away in this refugee camp without seeing one verse of the Bible translated into his language.

“But, I simply cannot shake their stories. I refuse to turn a deaf ear to their cries or mute their pain.

“As mobilizers with Pioneer Bible Translators, my wife, Lindsay, and I get to be advocates for these beautiful children of God. Our prayer is to see a day when every people group on the planet has enduring access to the Word of God in the language they understand best and have the resources to see networks of churches grow and multiply through the preaching and teaching of the translated Word.

“We count it our greatest honor to tell the stories of the marginalized peoples of the earth – to share their plight and ask God’s people to correct this gross injustice in our lifetime. While this may seem like an audacious goal, we are convinced this is the generation who will see a day when every single language group will have access to the Bible in their language.

“Even though our work is hard, we believe in the God who specializes in the impossible. In the short eight years we have been a part of Pioneer Bible Translators, we have seen a movement of God’s Holy Spirit. God mobilized over 240 new missionaries to work with the Bible-less. God led our organization to start 30 new translation projects and begin work in nine new fields. He inspired the completion of 15 New Testaments and two full Bibles. There is no doubt, God is on His throne and He is on the move!

“Although we do not know what God has in store for us in this next season with Pioneer Bible Translators, we see the day in the not too distant future when EVERY SINGLE VIABLE LANGUAGE PROJECT on the planet will have a New Testament translation started. Together with our partners, we hope to see this day develop in the next 18 years!

“For this to happen, we are going to need a host of people to step out in faith to help further God’s mission –disciple makers, bookkeepers, teachers, IT specialists and many Bible Translators. In addition, we are going to need to see a continued passion from the local church through sacrificial giving, intentional prayer and a willingness to partner with their members to send them into Christ’s harvest.

“Mr. Jazoli wasn’t able to see the beginning stages of the Bible translated into his language, but his son, Joseph, picked up his father’s dream. He is now working with Pioneer Bible Translators to translate the Word of God into his language.

“I wonder what would happen if we, too, captured our Heavenly Father’s dream.”

If you would like to inquire as to how you can join us in this journey, email us at nathan.davenport@pbti.org or look us up at pioneerbible.org