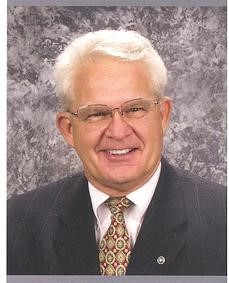 The work, accomplishments, and rewards of short-term mission trips cannot be under estimated, and this report, coming from alumnus Richard McQuinn (LCC ’67, LCS ’69) of LaFayette, Indiana, is a remarkable recount of an 11-day trip he took this year to India as a part of the White Fields Overseas Evangelism and World Ministries organization, located in Joplin, Missouri. Richard, along with another worker and evangelist Delroy Brown from Australia, went with a goal to bring 1,000 souls to Christ. The challenge was enormous, in light of the fact that 90% of their contacts would be in Hindu villages who had never heard about Christ.

Rich’s main contact and partner in the 11-day trip was Udaya, who met him at the airport in Chennai, and together they laid out their travel plans to visit as many villages as time would permit. Rich said, “I knew if we had a goal of 1,000 souls and we had 11 days to do it in, that meant we had to have at least 100 baptisms per day.” He asked for 4 to 5 preaching spots every day, and was able to make that happen. His trip also included helping to dedicate a church building that White Fields had funded to build.

As they moved from village to village, local co-workers would help to round up interested folks to hear the Gospel, and the people would gather at an appointed spot in the middle of the village. Rich explained that he was just a simple Bible story teller, and that he had come to tell them a story about Jesus that would change their lives and their villages forever. Every single invitation was answered by those who wanted to follow Jesus. They were baptized, given Bibles in their own language, and were introduced to their regular preacher who would return each week to teach them more.

Rich recalls, “Each village took at least an hour of preaching. Then the villagers lined up in front of me spontaneously to have me pray for them. Each one I held close to me with my hands on their heads, and I prayed for each. They did not know my language, and Udaya was doing other parts of the ministry as I prayed. Many people bent down to touch my feet as tears rolled down their faces. I thought, ‘Lord….I am not worthy of this,’ but day after day it was the same.”

One day had been set up to spend with 30 preachers. They shared in questions and conversation, encouraging one another.  They spent the day as brothers. They also learned that several had not yet been ordained, so that would be something they would take care of.