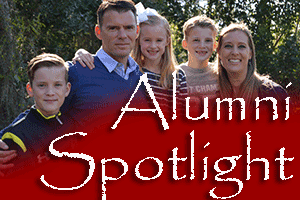 After graduating from Lincoln Christian, Ryan Sudsberry (LCC ’97) began serving the church on a full-time basis in St. Petersburg, Florida. He served with Northeast Christian Church for a few years before moving south to Sarasota and began a youth ministry position which he held for 9 years. Ryan said “It was during that time that I began to look beyond the local church and began studying the American church at large. In 2006, a friend invited me into a conversation about church planting. I really didn’t know much about starting a new church, but had a growing desire to see more of my friends who had no interest in Jesus or the church come to know Him. Through this new friendship, I learned a lot about church planting and the need for new churches in Florida. Currently there are just under 1,000 people who move to Florida every day. It is now the third most populated state in the U.S. as it just surpassed New York.” 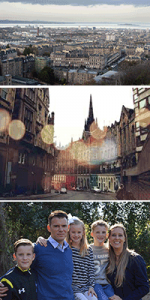 A few years after the 2006 conversation, Ryan was put in contact with Florida Church Planters who invited him to plant a church in Bradenton, Fl. In January of 2009, Cooper Creek Christian Church was established. Ryan told us “Since its birth, this church has focused in on discipleship and mission. In its early days, we began praying for some Christians to join us – as we had so many coming into this church who had little to no church background. It was messy and it was a blast.” Now, six years later, a very healthy young church is growing and serving the cities of Sarasota & Bradenton.

In October of 2013, Ryan was invited into some missions training opportunities and began learning more about the church at large. “I was getting to see what the church was like on an international scale,” Ryan continued. “The more I learned, the more I prayed. I began learning about the state of the church in Europe. Countries where the Gospel once thrived were so very dark. My conversations and prayers led me to the U.K. and specifically to the country of Scotland. I watched Scotland go from 3% to 2% evangelical Christian. It was then that I moved from praying to participating. I began talking with the faithful 2% who were left. I began reading books and actually tried recruiting young church planting wannabes to not plant in the U.S. but to go to Europe. I really didn’t have much luck with that. One day I was standing in the kitchen talking to my wife and was sharing with her my concern for the Scottish church and the need, ‘and that I can’t get any of these guys to go!’ That is when my wife looked at me and said, ‘Why don’t we go?’  Without even hesitating I began to list out all of the reasons that I thought were great reasons! The more I gave the reasons why, the more I knew she was right and this is what God was asking of us right now.”

So in July of 2015, Ryan will be moving his family to the city of Edinburgh, Scotland, to find and equip Scottish men and women to start a Scottish church. Ryan’s wife is Lori and their children are Ethan (12), Keagan (10) and Callie (8). Ryan concludes, “I have no idea what God has in store for us, but we are willing to go.”