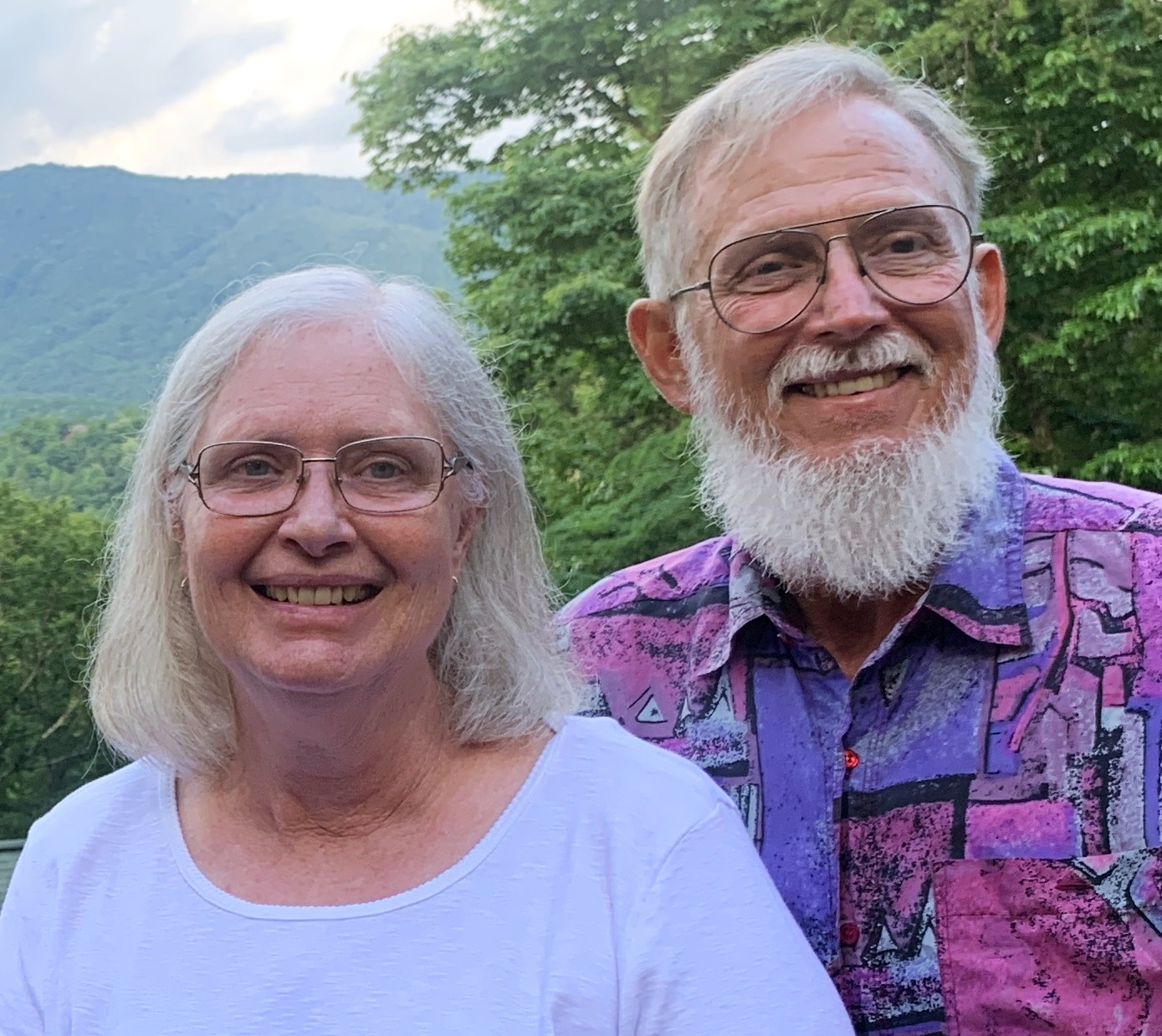 William, LCS ’76-’94, and Robin, LCC Fall ’76, Butler have been members of the Pioneer Bible Translator’s Papua New Guinea Branch for the past 40 years.

William is the son of Pearson and Kathleen Butler and grew up in Maryville, Tennessee, where he attended Mountain View Church of Christ. To this day he remains a farm boy and a hillbilly at heart.

Robin is the daughter of Clyde and Phyllis True. The family’s first ministry after her father’s graduation from Johnson Bible College was Mountain View Church of Christ in Maryville, Tennessee. The family also lived and served in Tallmadge, Ohio and Louisville, Kentucky.

William enrolled at Johnson in 1972. A year later Robin enrolled and the two got reacquainted with one another. They married in May 1976.

While at Johnson, they became aware of the great need for Bible translation in many parts of the world. At the National Missionary Convention in 1975, they made a public commitment to serve the Bible-less people of the world through Pioneer Bible Translators. In the fall of 1976, both enrolled at Lincoln, William began pursuing an M.Div. degree in the seminary while Robin continued her undergrad work. However, God soon directed them elsewhere.

In the summer of 1977 William and Robin enrolled in the Summer Institute of Linguistics in Norman, OK for training specific to those who desired to translate the Bible into previously unwritten languages. From there they went straight on to complete their training in Dallas, TX.

In the summer of 1978, the Butlers were accepted as field personnel of Pioneer Bible Translators. In May 1979, they went on a mission trip to Papua New Guinea and stayed 40 years (so far)!

In Papua New Guinea, their primary ministry has been to the speakers of the Waran language. They built a house in Likan, an isolated village among the Waran, and moved there to learn their culture and their language. In the dry seasons of 1983 and 1984 they built an airstrip at Likan, enabling easier access to the village.

After initial studies, working closely with Waran speakers, they designed an alphabet to represent the language. Literacy materials were created to teach people how to read and write the language. They then worked to develop a team of Waran speakers to be translators, revisers, and reviewers to ensure the quality of the translation. William served the team as coordinator and exegetical consultant.

In 1990, the Lord provided two key co-workers in translation—Seraah (Sarah) Tange and Samuel Sangon. Following their training through the National Translators Course, they became the dynamic duo of the Waran Translation team. Seraah excelled at creating the initial drafts and typing. Samuel, with his skilled use of Waran, became an excellent reviser and final editor. Seraah remained a vital part of the team until her untimely death in 2013. At that point, Samuel took on even more responsibility, remaining faithful in his work until the present.

In May 2019, the Waran Translation team completed the New Testament. On June 23, a massive gathering, such as has never before been seen in Waran land, celebrated the completion of the New Testament and dedicated it to the expansion of the Kingdom among the Waran. Over several days, thousands of Waran speakers, boatloads of government officials, and nearly 60 international visitors rejoiced that every Waran person could now hear God’s message clearly in his very own heart language. In October, William and daughter Bethaney toured throughout the area, distributing Bibles in every village they could reach.

The Butlers have been blessed to observe the Waran church develop from a first-generation mission church, struggling with syncretism, to a second- and third-generation church with a number of strong, well-grounded preachers and leaders. Bolstered by the Word of God in their language, the Waran church is prepared to stand strong until the Lord returns.

The Butlers are committed to expanding the Kingdom through Bible translation, whatever form that might take. They have frequently set aside their primary ministry to the Waran to serve the larger cause of Bible translation and facilitate the smooth operation of the Pioneer Bible Translators’ team in Papua New Guinea.

In 1984 the Butlers became involved in the National Translators Course, a joint venture of the Summer Institute of Linguistics, the Bible Translation Association of PNG, and Pioneer Bible Translators to train Papua New Guineans to translate the Bible into their own languages. This involvement continued for 20 years. William developed and taught a course in Bible Backgrounds and Cultures. Together they developed, as the culmination of the course, a meal of Bible foods which was served in a patriarchal-style tent sown by Robin. William also served twice as course principal. Many former students have gone on to complete New Testaments in their languages and some have become translation consultants.

William has served the PNG Branch as Assistant Director of Language Affairs, Branch Director, Administrator of Finance, and Translation Consultant. In 2009, when the government introduced a new set of procedures for securing work permits and visas necessary to work in the country, Robin took on the responsibility of becoming PBTPNG’s resident expert in the new procedures. In her role as Entry Coordinator, she ensures that every person desiring to work with Pioneer Bible Translators is properly documented in a timely manner. Her colleagues think that she is a little crazy because she actually enjoys doing government paperwork!

The Butlers have two adult children who grew up in Papua New Guinea. Their son, Tyler and his wife, Autumn, live in Kenmore, Washington, where Tyler works at Microsoft as a Senior Program Manager. Their daughter, Bethaney works with them in Papua New Guinea with Pioneer Bible Translators since 2009. Her roles include Administrator of Logistics, facilitating the transportation and housing of PBT team members,  and Allocation Coordinator, helping new teams get settled into their place of ministry.