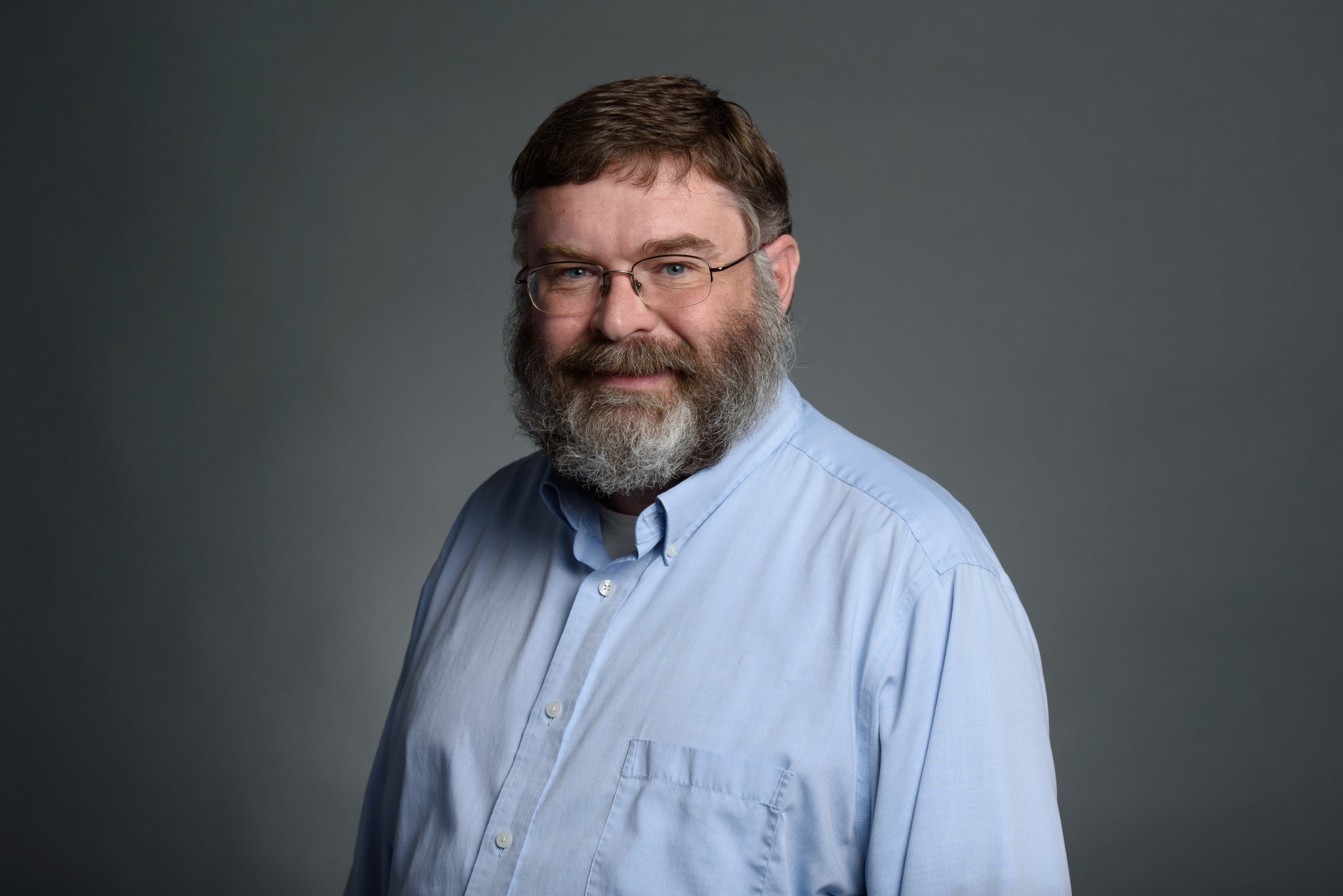 Mike began serving full-time in 1994 when he was sought out by the Library Director Nancy Olson, to fill the position. His impact already had been felt from his service as a library student worker while in Seminary, 1989-1992. With a master’s in Library and Information Science from the University of Illinois, Mike was a natural to fill the position. Mike later completed his Seminary MA in Contemporary Christian Theology and Philosophy from Lincoln Christian Seminary.

Mike’s passion for Kingdom service and desire to do what would best benefit students fueled his every action. Mike was instrumental in bringing internet to the LCU campus, in addition to the library joining the state of Illinois library system. He helped digitize Mr. Dowling’s collection of Stone-Campbell hymnals and facilitated student access to electronic resources among many other accomplishments. Most recently, Mike guided the transition to a LibGuides based library website. He was always available to help students find the resources they needed and most recently served as personal librarian to the Doctor of Ministry students. Mike team-taught Shaping the Mind of the Leader: Thinking Theologically as a Lifelong Learner in the Seminary and taught Introduction to Computers in the Undergraduate school. In addition, he wrote several book reviews and presented at the Association of Christian Librarians conference along with Library Director, Nancy Olson.

Mike modeled being a lifelong learner through reading widely on a variety of topics ranging from apologetics to zombies, including computer programming, theology, and graphic novels. Everyone who interacted with Mike marveled at his huge smile, quick wit, and ability to make everyone feel at ease—often with his marvelous sense of humor and words of encouragement. His tendency to be a “devil’s advocate” challenged everyone to think more clearly. He was a friend, brother, and colleague to faculty, staff, and students alike. Students who worked with Mike fondly recall him being funny and enthusiastic, “one of a kind,” and “a gift.”

Mike was an integral part of the Library team and was often described as “the glue that held the library together” and “Nancy’s right arm” since his philosophy as Assistant Librarian was to “assist everyone” in whatever they needed. From his technological prowess, his way with people, his breadth and depth of knowledge—especially from a theological perspective, and his readiness to serve, Mike was truly a servant leader. While we rejoice that Mike is at home with his Lord, the LCU campus community grieves with and extends condolences to his wife, his children who were the light of his life, family, and all who knew and loved him. He will be greatly missed!

Memorial contributions may be made to Julie Young for his daughter Kara’s college fund or to benefit the Lincoln Christian University Library in Mike Reid’s name.