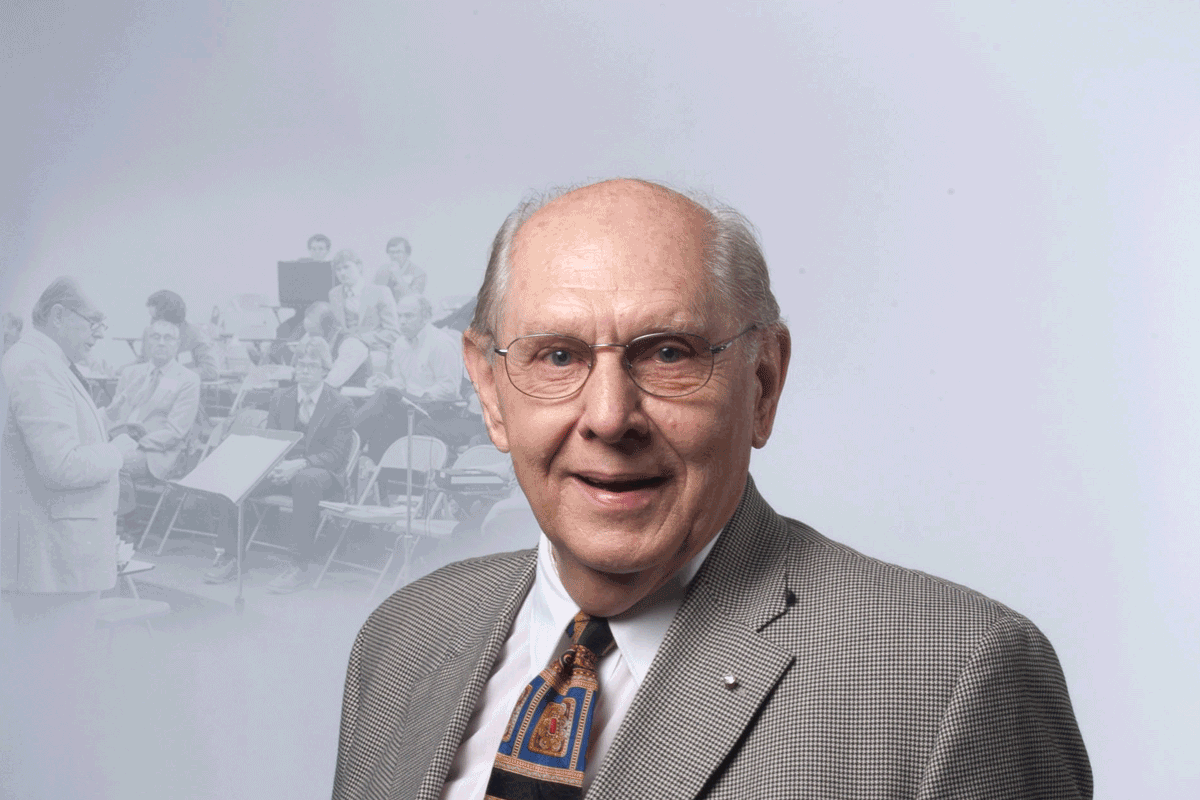 James Strauss was the second son of Ernest and Cleo Strauss, born on July 3, 1929, in Herrin, IL.Dr. Strauss is survived by his wife of 60 years, Jewel; daughters: Joye (Tom) Smith of Ashley, IL, and Jeaneen (Keith) Ray of Lincoln, IL. There are three granddaughters, Ashleigh (Jason) Mauhar of Lincoln, Allyson (Kent) Leesman of Hartsburg, IL, and Abigale Ray (fiance’, Nate Wake) of Lincoln. Also surviving are three great granddaughters, Arrington Jade and Addisynn Paige Mauhar and Avia Klaire Leesman; a sister-in-law Janet Thompson of Phoenix, AZ, a niece Rhonda (Joe) Allen of Decatur and nephew Randall (Barbara) Strauss of Clearwater, FL, as well as many other nieces and nephews.  James was preceded in death by his parents and his brother Robert.

Dr. Strauss had a great love for his family, friends, and his many students.  Besides reading and writing, in the past, he loved gardening and decorating his home.

In lieu of flowers, memorial donations are requested to be given to the James D. Strauss Institute of Lincoln Christian University or to the Abraham Lincoln Memorial Hospital Cardiac Rehab Department.

The family thanks all who cared for Dr. Strauss in so many ways, especially to everyone at The Christian Village.

Dr. James D. Strauss served as professor of theology and philosophy at Lincoln Christian Seminary from 1967 to 1994. He has been described as the “Einstein” of the Restoration Movement. For years, his intellectual capacity and wide academic interests amazed both his students and his colleagues.

He had an insatiable appetite for things concerning the word and world of God. He wrote seven books, studied at 10 different graduate institutions in five countries, held four advanced degrees,  and taught courses in everything from economics to science. During his teaching career, he spent nearly every weekend on the road preaching and teaching in churches and at conventions across the country.

Dr. Strauss graduated from Butler University and Christian Theological Seminary in Indianapolis (BA, MA, MDiv) and the Chicago Graduate School of Theology (ThM). He received a Doctor of Ministry in 1975 from Eden Theological Seminary in St. Louis, where he majored in contemporary theology. He studied with the late Francis Schaeffer in Switzerland and took additional work at the University of Strasbourg in France, Tubingen University in West Germany, the University of Chicago Divinity School and the Institute of Christian Studies in Toronto, Canada.

Dr. Strauss has written extensively, including commentaries on Revelation, Job, and the Johannine Letters, as well as Biblical treatment of the doctrine of grace (Grace in an Achievement Culture). His articles have been published in such standard reference works as Carl F. H. Henry’s Dictionary of Christian Ethics and Clark Pinnock’s Grace Unlimited.

Those who knew Professor Strauss understand that his mental energies were always directed toward fulfilling the mission of Christ throughout the world.  As a result, he not only molded the academic minds, but the missionary hearts of thousands as he discipled a generation of influential leaders for Kingdom work.

Visitation and funeral services were held at the Earl C Hargrove Chapel on the campus of Lincoln Christian University on Sunday and Monday, March 23 and 24. The Celebration of Life was officiated by Dr. Wayne Shaw and Dr. Robert Kurka with the assistance of Strauss’ sons-in-law, Dr. Keith H. Ray and Tom Smith.

A video of the Celebration of Life has been made available on the LCU YouTube Channel. Please click here to view.