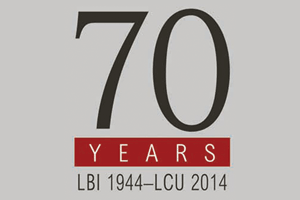 Lincoln Christian University will celebrate its 70th anniversary during the Founders’ Day Worship service on Tuesday, May 6, 2014, at 9:30 a.m. in the Earl C Hargrove Chapel Auditorium. Please plan to join us for this special commemoration. 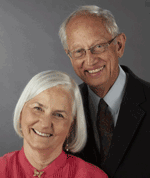 Focusing on our 70 years of global impact, LCU welcomes alumnus and former Academic Dean, Dr. Rondal Smith who’s message is titled  “The unfinished task! Let’s do it!” The service will include video messaging from LCU missionaries around the world, and complete the University’s 70th birthday gift initiative where supporters recognized the special anniversary with gifts of $70.

Established against the backdrop of World War II on May 4, 1944, founder Earl C Hargrove was driven to start a school for preachers to assist a church era that was losing countless young men and ministers to the war. LCU will be honoring both the founding principles of this institution and the people who had the vision and fortitude to build it. Since then, LCU has grown into three schools – Undergraduate Studies, Adult & Graduate Studies and the Seminary – offering majors in ministry, missions, Bible, preaching, business, intercultural studies, and more.Rondal had an academic tenure at LCU that lasted 16 years. He and his wife Janice left LCU in 1981 to accept the call to Pioneer Bible Translators (PBT) in Dallas. Today, Rondal serves as PBT Director of the Eurasia area and Executive Director of PBT Europe.

LCU is affiliated with independent Christian Churches and Churches of Christ (Stone-Campbell Restoration Movement). LCU has seen more than 16,000 students pass through its doors, and its alumni have gone on to serve the Lord in all 50 U.S. states and more than 165 countries.  Today, LCU carries on its mission to prepare and equip Christians to serve and lead in the church, the workplace, and the world.