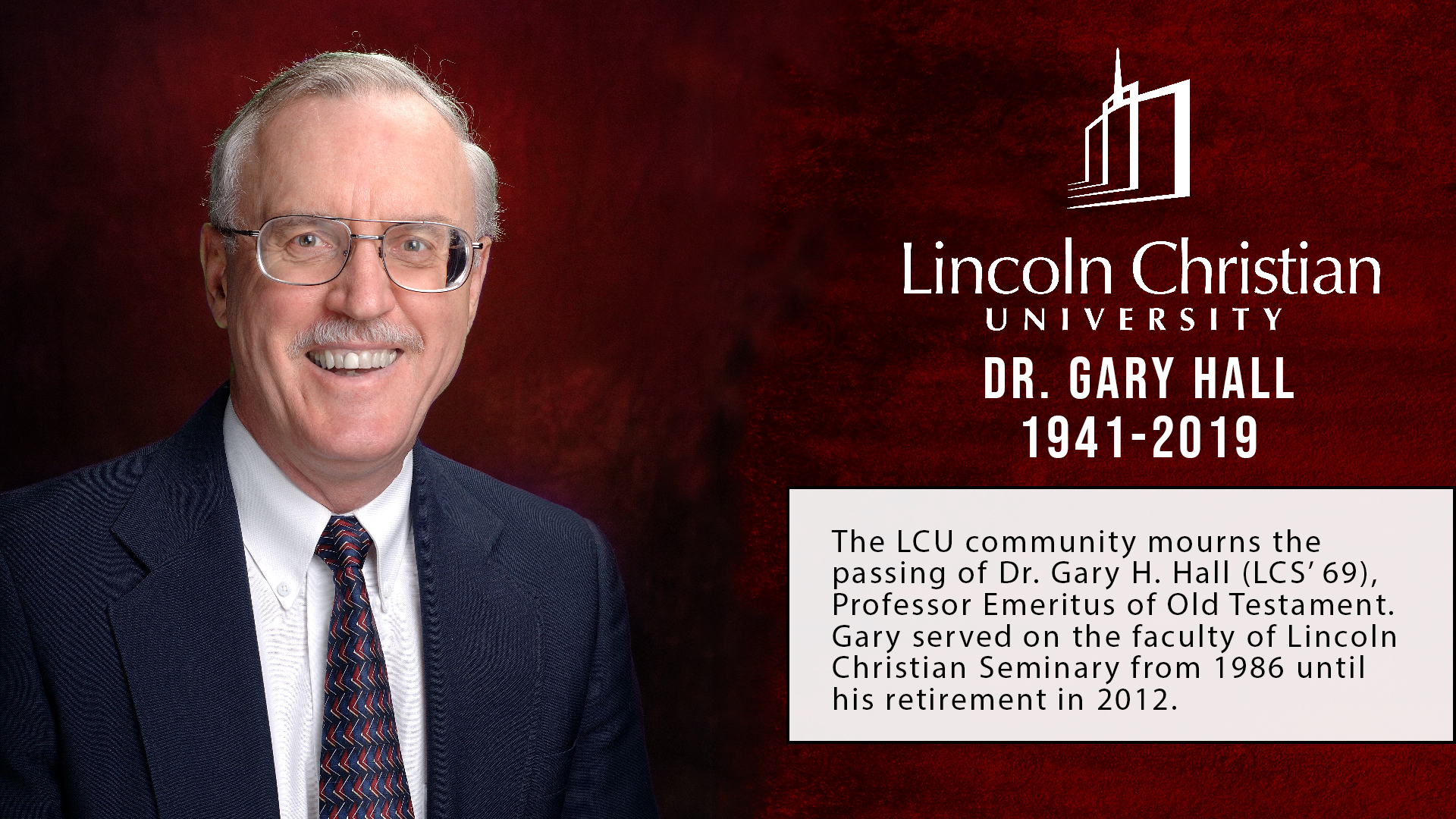 The LCU community mourns the passing of Dr. Gary H. Hall (LCS ’69), Professor Emeritus of Old Testament. Gary served on the faculty of Lincoln Christian Seminary from 1986 until his retirement in 2012.

Gary earned a Th.M. in New Testament at Gordon-Conwell Theological Seminary in 1972, and a Ph.D. in Old Testament from Union Theological Seminary of Virginia with a dissertation on marriage imagery in Jeremiah supervised by Patrick Miller in 1980. Gary used his education to develop a biblical theology approach to biblical interpretation which, while rare at the time, is today a major trend in biblical studies. Over his 26 year career at LCS (and 14 years before that at Kentucky Christian College), Gary passionately taught the importance of understanding the Old Testament both in order to understand the New Testament and ensure the vitality of the church. Though he did this in the classroom, he also did it in churches and academic conferences across the country. His ministry was varied over the years, and in addition to his academic work, he served in interim preaching ministries, prison ministries, and as an elder at Lincoln Christian Church. Though quiet by nature, when Gary had something to say, people listened, and his plea for the church’s recovery of the Old Testament will continue with his many former students and numerous academic publications including his extensive work on Deuteronomy. Gary is survived by his wife Cheryl (LCC ‘66), daughter Stephanie (LCS ‘15), son Nathan (LCC ‘04), daughter-in-law Megan, and granddaughter Catherine.