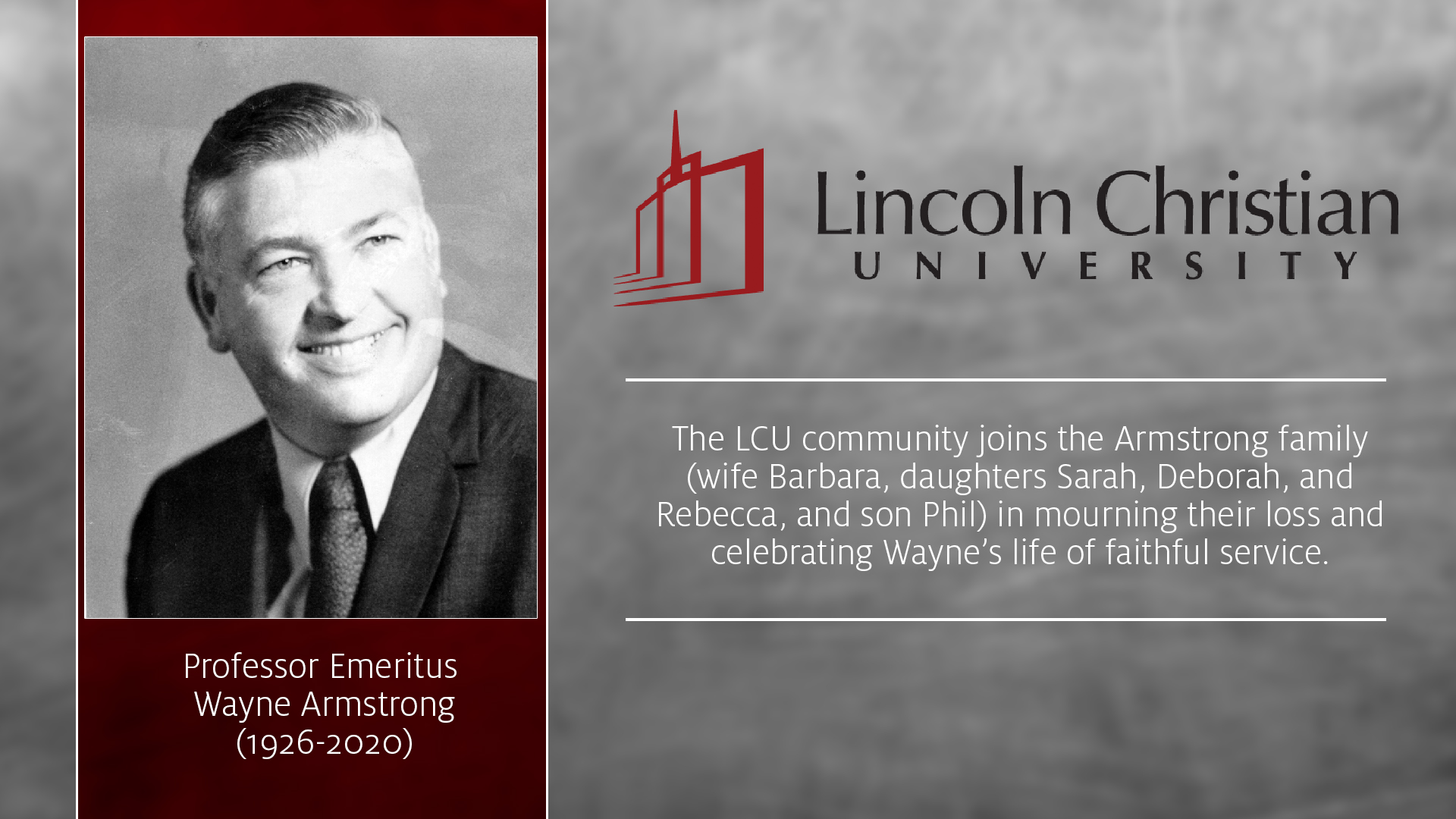 Over the weekend, long-time Lincoln Leader, Professor Emeritus Wayne Armstrong was welcomed into his eternal reward.

He was born in Little Sioux, Iowa on May 1, 1926. Following his graduation from Minnesota Bible College in 1950, Wayne came to Lincoln Bible Institute to pursue his graduate education in Old Testament studies with the purpose of devoting his life to teaching in that field. He received his ThM from LBI in 1953 and his MDiv from LCS in 1969, majoring in Semitic Languages and Literature.  Professor Armstrong served as Professor of Old Testament at Lincoln from 1955-1995. Following the death of his first wife, Shirley, he married Barbara, a 1966 graduate of LCC, who served as the school nurse for many years.

As a student Wayne served churches in Cannon Falls, MN, and in Pontiac, Fairbury, and Astoria, Illinois. He also served as the preaching minister with the Hartsburg, IL Christian Church for many years. Professor Armstrong is remembered by former Lincoln faculty and staff as a hard-working builder with a devoted servant’s heart who helped a number of faculty build their homes. He is remembered by students for his deep love of Scripture and his wry sense of humor.

When he was honored with the title Professor Emeritus of Old Testament on May 4, 1995, it was said of him, “He has influenced thousands of students with his knowledge of and love for God’s Word. He has demonstrated through four decades of teaching a heart like David, a passion like Isaiah, and a faithfulness like Job. And like the Old Testament scholar and scribe Ezra, Mr. Armstrong has spent a lifetime devoting himself to the study and observance of the Law of the Lord and teaching it.”