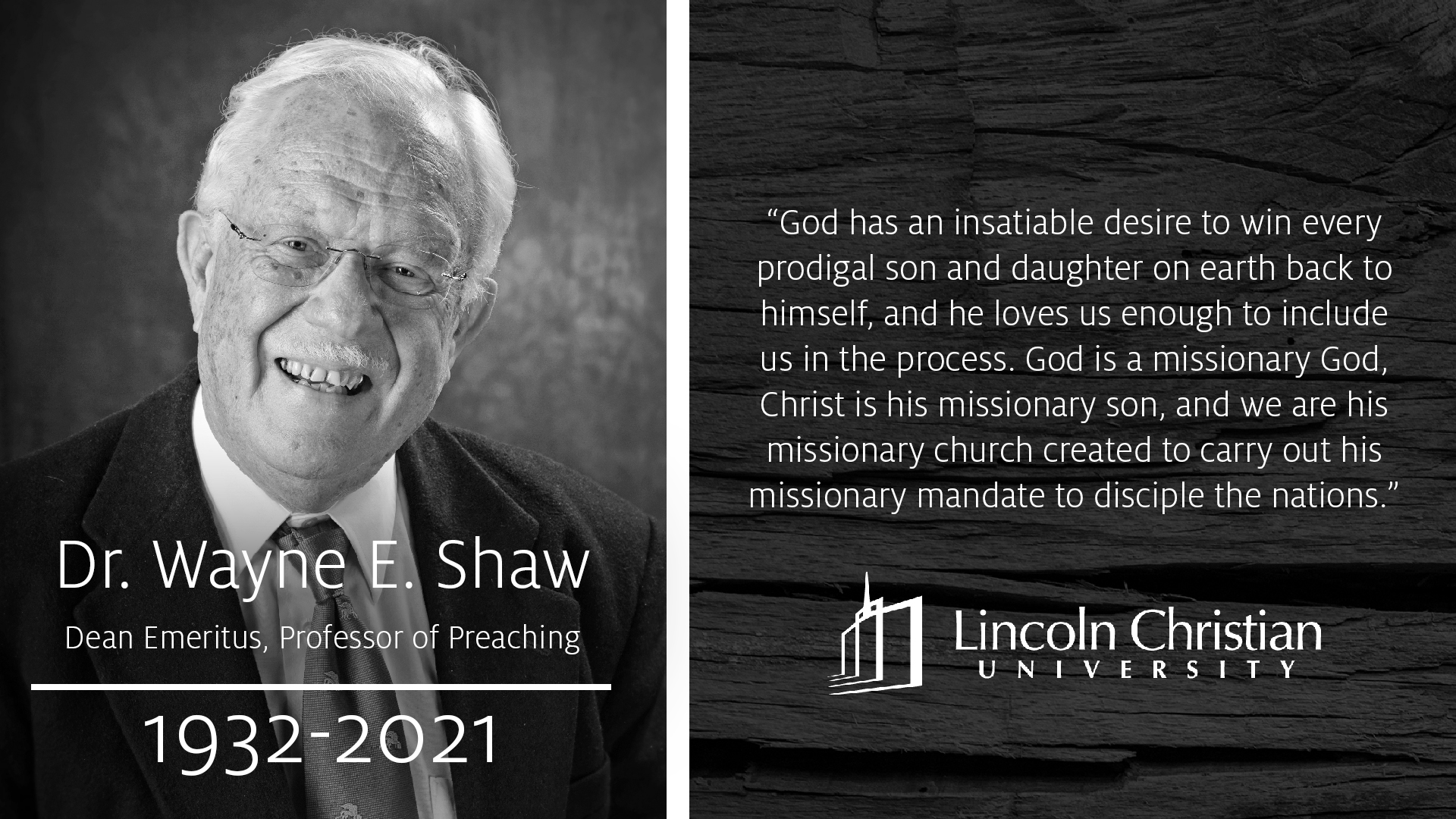 A lanky farm boy from Covington, Indiana, Wayne Shaw arrived at Lincoln Bible Institute in the fall of 1950. Naively believing he had four years before he would step into a pulpit, this fleeting notion passed that first year as Wayne embarked on a lifetime of preaching. With or without a pulpit, domestically or abroad, in weeklong revival meetings or Sunday morning (or evening) services, to small country churches, or the North American Christian Convention, Wayne preached everywhere he went.

A past president of the Academy of Homiletics, as anyone who ever preached in front of Wayne knows, he was the consummate professor. Of course he was equally a pastor, and either deep down or on the surface (depending on which suited the context), he was also still that Indiana farm boy.

Wayne was a mentor to hundreds, if not thousands, over his long life. Though he often expressed some level of surprise as to why people sought him out for that role, even a casual observer could see that he was a good listener and devoted to frequent and fervent prayer. There are easily five generations of Kingdom leaders and countless congregations and universities on whom he has left his mark.

Wayne leaves behind his wife Janet, sons Haydn, Scott, and Barton, and his much loved daughters-in-law, grandchildren, and great-grandchildren. Son Errett preceded Wayne in death.