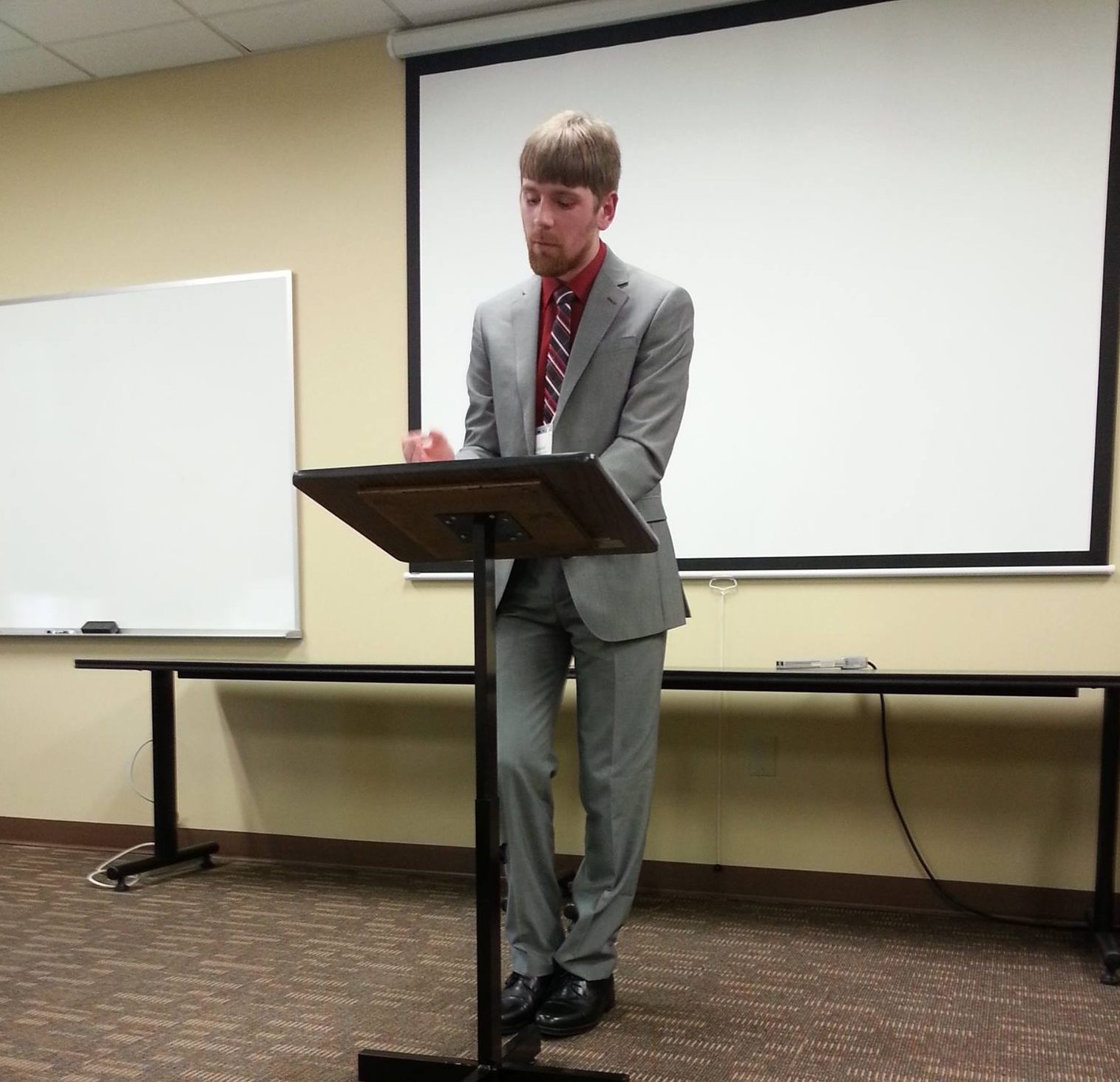 The SCJC brings together ministers, scholars, and students to write, read, and think deeply about the Bible, theology and aspects of Christianity. Each year, the paper writing contest for undergraduate and graduate students is an important part of this conference.

After discussing his paper topic with his sponsor, Dr. Peter Verkruyse, in the spring of 2015, Kory began his research on Paul’s letter to the Romans. “Just when you feel you have reached into the depths and ascended the heights of this letter, Paul surprises us with a nuance or a reference that had not previously impressed itself upon us,” Kory said. “There is a reason there are so many commentaries on this letter. Reading this letter is like peeling an onion.”

Kory’s inspiration came from a similar paper he wrote for a composition class and  a book he was reading (The Mystery of Romans by Mark Nanos, Augsburg Fortress-1996). Under the review of Dr. Verkruyse, Kory spent many weeks and months revising and refining his paper. “My initial thesis had to be trashed once I confronted the data. It was disappointing, but that is just the nature of research. If the data does not support what one has set out to prove, then the thesis needs to be reworked or discarded,” Kory reported, “There were a couple times in the process that I discovered something that caused me to completely rework the paper in order to account for the new piece of evidence. When I had finally submitted the paper in December, it was a matter of waiting for the email that would tell me whether or not I was finalist.”

Kory expressed that he had no idea what to expect from this new experience. As a finalist he was required to attend the Stone-Campbell Journal Conference in April. There, he met the other finalists. “We talked about our paper topics, how we became interested in these topics and our plans for the future,” Kory said. “Though what brought us together was competition, the spirit was anything but competitive. It was an honor to read my paper alongside such able, humble students of scripture.” This was Kory’s third time attending the SCJC, “The conference is great not only because of the main speakers, but the parallel sessions are a good opportunity to see what PhD students and professors are working on.” Before the final session during the conference, it was announced that Kory won. His prize — a $2,500 scholarship to attend a select group of graduate schools with roots in the Stone-Campbell Restoration Movement.

Kory is earning his degree from a distance and will graduate from LCU with a BA in Christian Ministry in December 2016. He is considering continuing his education at Lincoln Christian Seminary in the area of Second Temple Judaism.