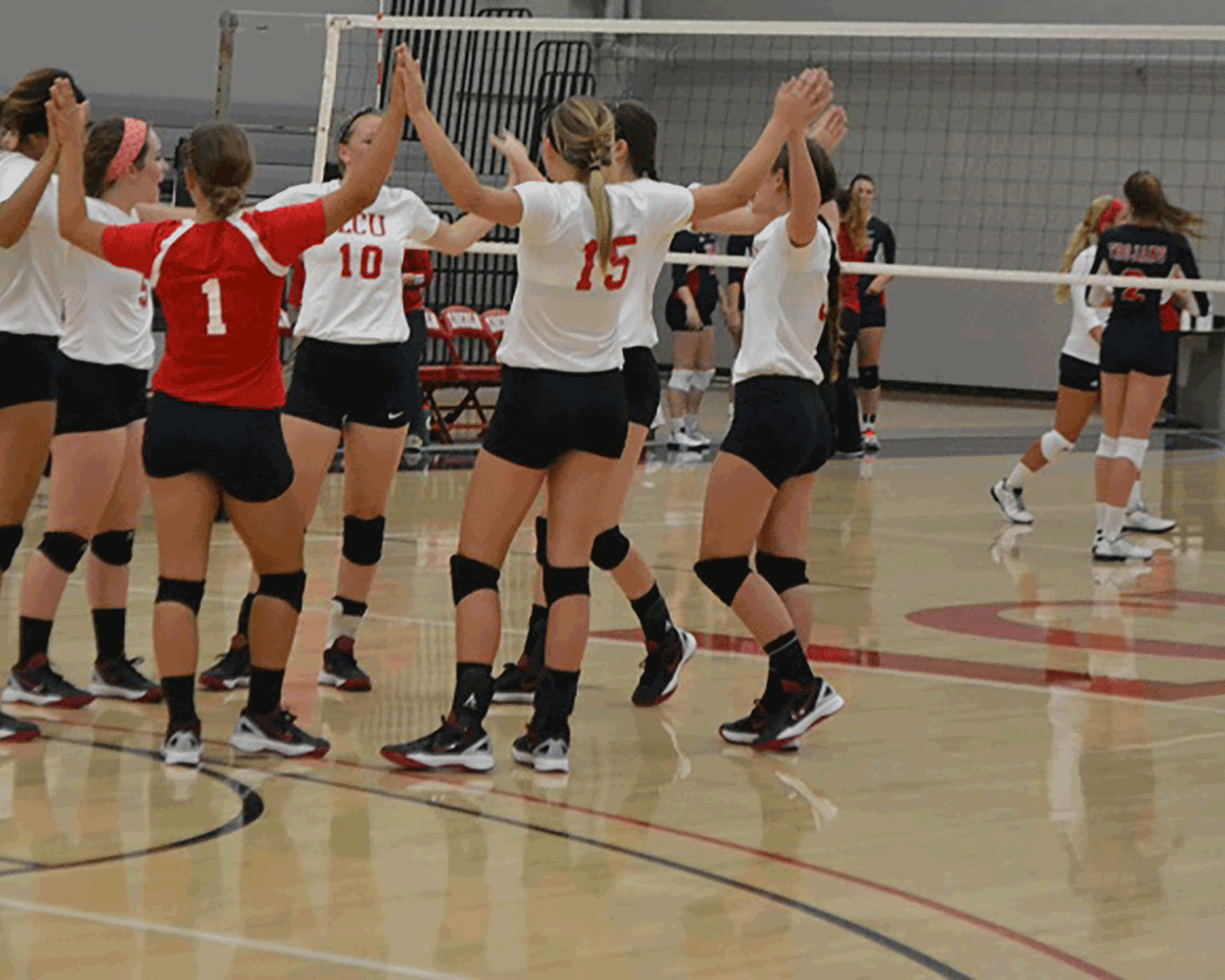 The team’s 26-15 regular season record earned them the at-large invitation to the NCCAA D1 championship. While the women came up short in each of its three matches in the tournament, they finished with a 26-18 overall record.

The season was filled with team and individual accomplishments, including the naming of Erin Taylor (JR/Noble, IL), Abbey Akre (JR/Lisbon, IL), and Taylor Cremeens (SR/Hopedale, IL) to the NCCAA North Central All-Region team.

Taylor and Akre forwarded an LCU offense that ranked 10th nationally in attacking percentage and 16th in kill average. The duo, who play the middle and outside hitter positions, also helped push the Red Lions to first in the nation in blocks per set.

“The championship tournament was a rough patch for us,” LCU Head Coach Dave Donnelly said. “We never could get any traction. These losses don’t take away from a very successful season. And even more importantly, I couldn’t be prouder of these girls for the fine young ladies they are. They all matured throughout the season. They are good examples of our mission here at LCU.”

Taylor, Akre, and Cremeens were also instrumental in earning the LCU team a spot in the top five nationally, in serving aces per set. Cremeens also ranked third nationally in the individual segment of that category.

The Red Lions athletic program took on some tough new challenges when they moved up to Division I in the NCCAA and became National Association of Intercollegiate Athletics members in 2014. Yet, they are  proving they are up to the challenge.

Congratulations to the entire volleyball team and coaching staff!