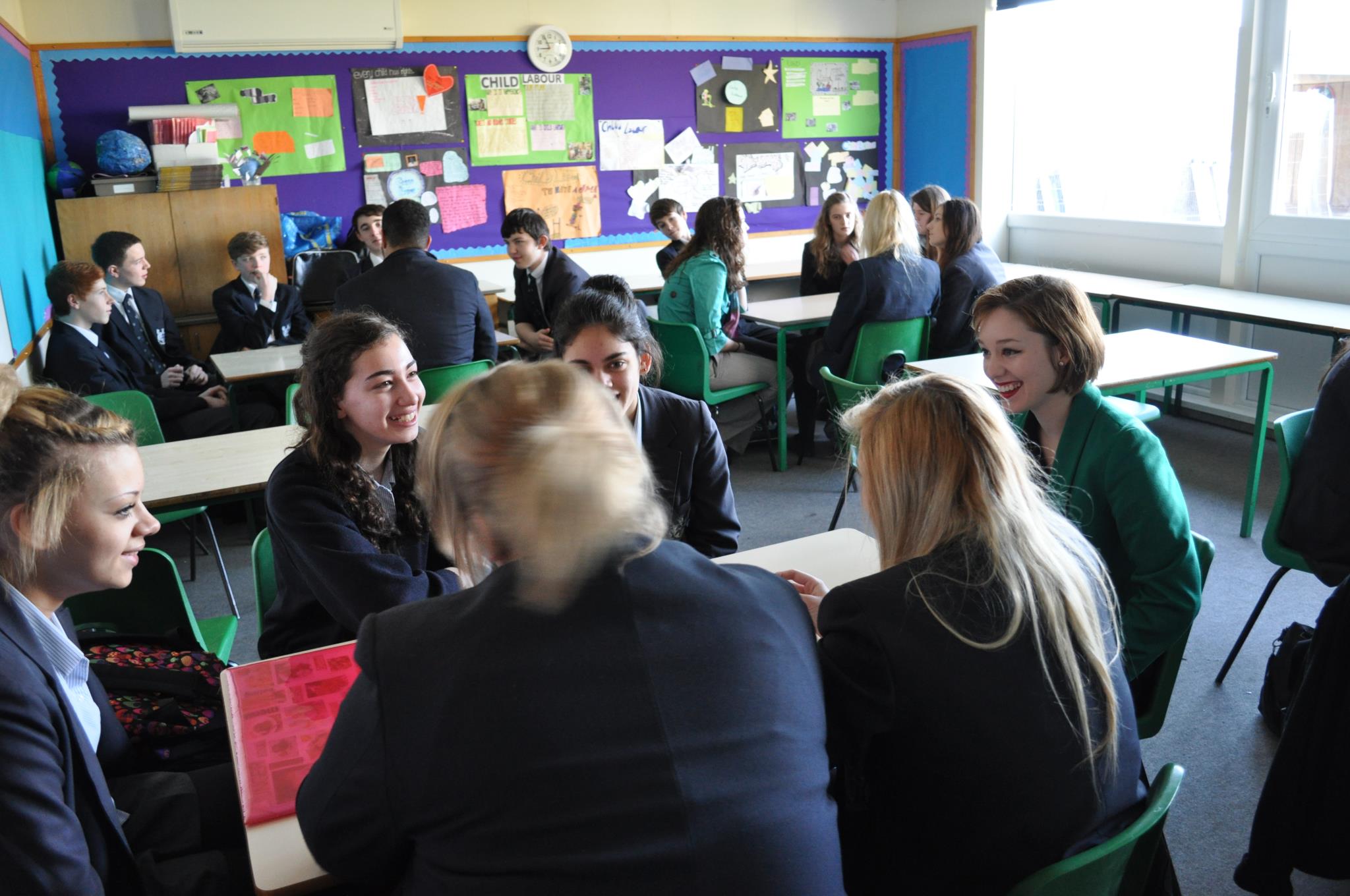 “For Restoration Week, I went to Nottingham, England.

“We worked in the Religious Education and Sociology Department of the West Bridgford School, where we had hour-long small group discussions with students regarding a range of Christian topics, from why we believe in God to what is the purpose of life. This is truly amazing, considering the majority of students, aged 11 to 18 years, were atheists or agnostics.

“We were only in the school for five days, yet it seemed that I shared my faith more in the first day than I have in my entire life. I had conversations with students who did not know anything about Jesus, and it was deeply humbling to have just a short while to talk about the most important man in history and how he has changed my life. I also talked with older students who believe science disproves the Christian God, and I was able to help them see the flaws in evolution as well as the overwhelming scientific evidence for a transcendent God.

“While many of the questions were challenging, I gained a deeper trust in the Holy Spirit and his power to give me words so that I would be able to fearlessly make known the mystery of the Gospel (Eph. 6:19). While I do not know how our words impacted the students, I trust that the seeds of truth that we sowed in the students’ lives will be watered by the missionaries we worked with, and will produce fruit in the future.

“Ultimately, this trip gave me a brokenness for the lost that I had never experienced before. I hurt with them as their naturalistic worldview left them feeling purposeless and with no reason to believe in unconditional love or a good God. My week in Nottingham gave me the call to serve a Post-modern area in the future and to help people see that Christianity is not only the most rewarding faith, but the most reasonable, as well.”

Alison DeLong (Ft. Wayne, IN) is senior philosophy major who is also working toward a certificate in Teaching English to Speakers of Other Languages (TESOL).

In England, religious education is a required course—the content must be 51% Christian. However, most religious educators there are nonbelievers. Led by an LCU Professor, 14 Undergraduate Studies students made their Restoration Week trip during spring break (March 7-17, 2013) to assist LCU alumnus David Fittro and his wife, who are missionaries with Christian Missionary Fellowship (CMF). The LCU group assisted with religious education classes, putting a “face” on Christianity. LCU has sent a Restoration Week group to Nottingham, England, every year since 2004.