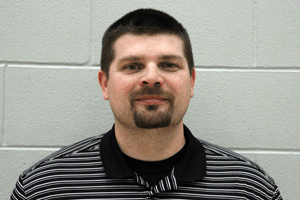 The Lincoln Christian University (LCU) Athletic Department is pleased to announce Donnie Bowman, LCU alumnus and former Women’s Basketball Assistant Coach, has been appointed Head Coach of the women’s squad. He is replacing spouse, Amanda Bowman, who is retiring from coaching after an exemplary 13-year career at LCU.

Donnie Bowman has been an assistant coach with LCU for 12 seasons, assisting Hall of Famer, Nancy Siddens, from 1997-1999 and Amanda Bowman, also a Hall of Famer, from 2001-2009 and 2011-2014. As an assistant coach, he made three trips to the NCCAA national tournament and most recently went to the regional tournament with the second seed team, and a winning record of 13-9. In addition to assistant coaching at the college level, Bowman brings head coaching experience at the high school and middle school levels. He led the Illini Central girls of Mason City, Illinois, from 2004-2011.

Bowman, who had a successful basketball career with LCU for three years as a player, is a graduate of LCU and Illinois State University and is a U.S. Navy veteran. He currently teaches history at Illini Central High School.

“Donnie has been around the game for a long time, as both a player and a coach,” said  LCU Athletic Director Mac Ingmire. “He knows the x’s and o’s as well as anybody and will fit in great with our current coaching staff, bringing exciting and fresh ideas to the athletic department.”