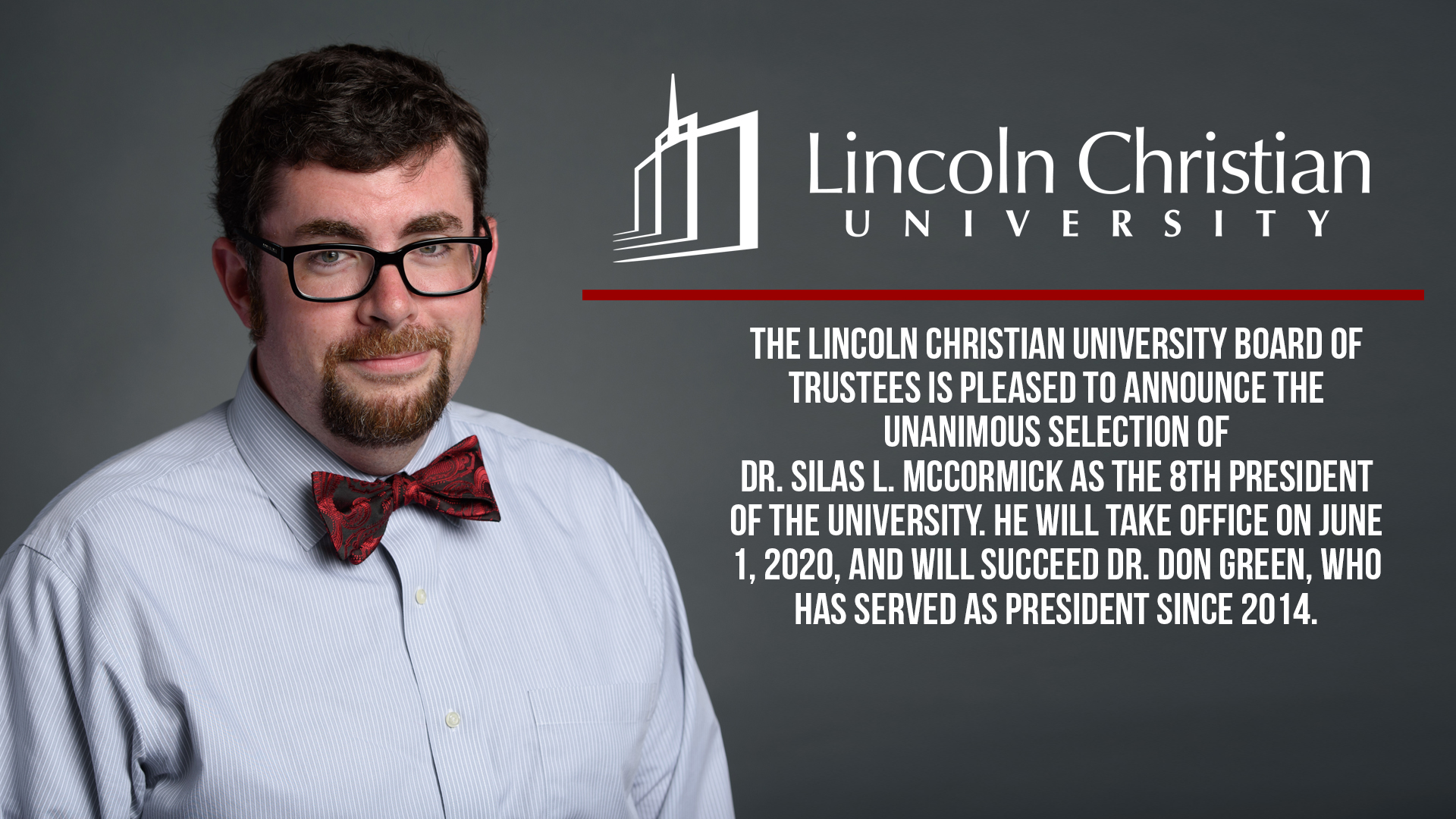 The Lincoln Christian University Board of Trustees is pleased to announce the unanimous selection of Dr. Silas L. McCormick as the 8th President of the University. He will take office on June 1, 2020, and will succeed Dr.Don Green, who has served as President since 2014.

McCormick has nearly 20 years of experience in higher education across a wide variety of institutions and organizations including the University of Illinois, The Ohio State University, Southern Illinois University, Millikin University, and the Illinois Board of Higher Education. He is also a licensed attorney and an ordained minister.

McCormick received his Bachelor of Arts (Christian Education) from Lincoln Christian University; his Master of Education and Doctor of Philosophy (Higher Education Administration) from the University of Illinois at Urbana-Champaign, and his Juris Doctor (Law) from The Ohio State University’s Moritz College of Law. He has also completed coursework at Lincoln Christian Seminary as well as Harding School of Theology in Memphis, Tennessee.

A succession team made up of Trustees, Faculty, and Staff, was drawn not only to McCormick’s experience, but also his passion for its future. “I am often struck” McCormick says, “by what seems to be growing skepticism outside the church and growing superficiality within. The next generation of Christian leaders must not only be biblically and theologically grounded, but also committed to justice, kindness, and humble service. I can’t think of anyone better positioned than LCU to provide this kind of holistic education, nor a time it was any more needed than today.”

McCormick, his wife Anna, and their two children live in Sherman, Illinois, and attend Lakeside Christian Church in Springfield.