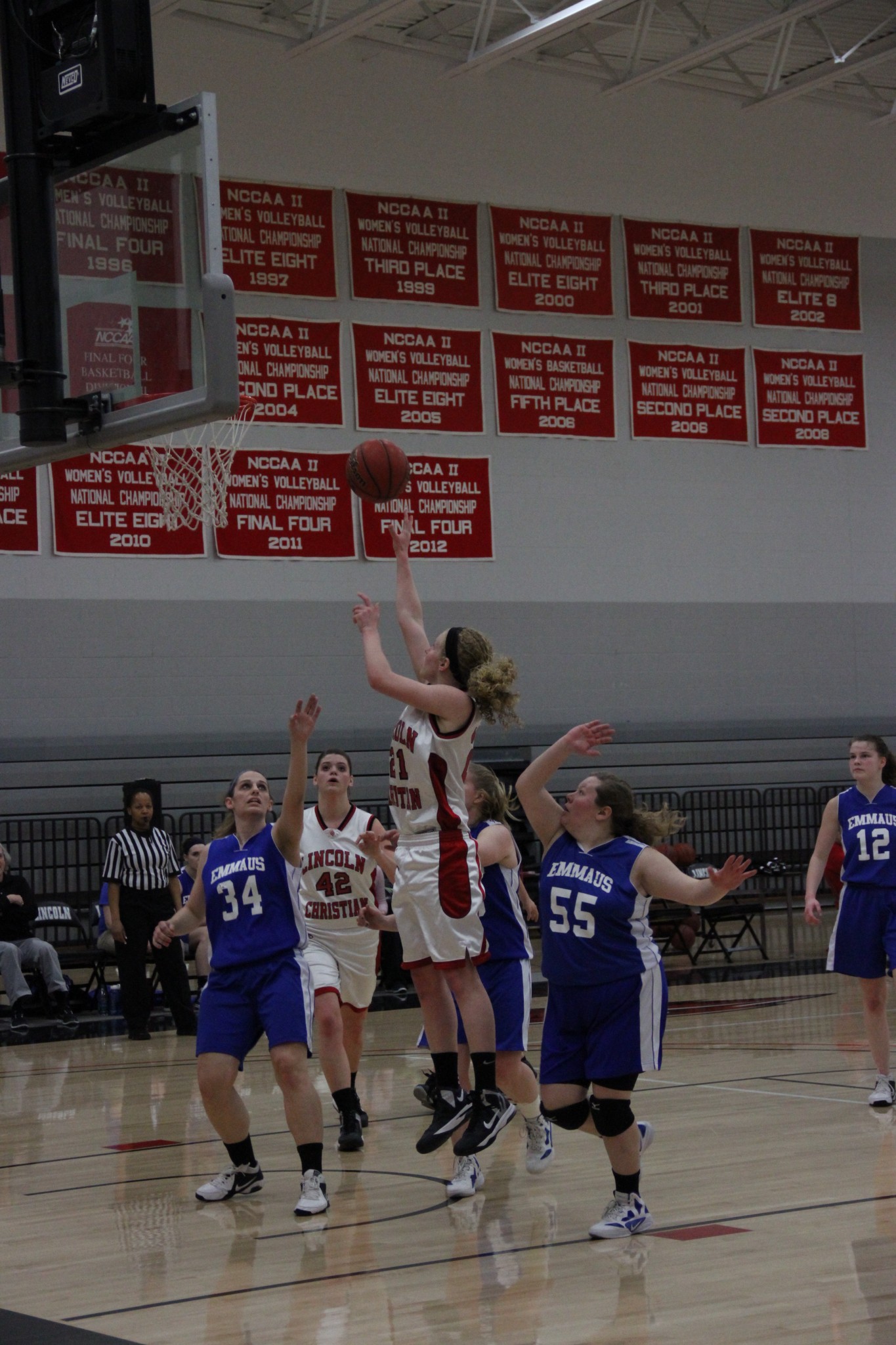 Playing at Northland International University in Dunbar, WI,  LCU had a first round bye and an automatic birth in the semifinals.

The Red Lions went up against third seed Maranatha Baptist Bible College, who they successfully defeated  earlier in the year  Throughout the first half,  the two teams were seldom separated by more than three points in a back-and-forth that many anticipated would be a tug-of-war for the lead. Maranatha got the last bucket of the half however, and went into the locker room with a 30-28 lead.

The second half was a story of percentages as LCU scored just 12 out of 39 shots, and only one of them was from outside the 3-point arc. Combined with 4 free throws, LCU shooting netted only 29 points for a first half total. Maranatha, on the other hand, hit only 9 shots, but added 14 free throws to add 33 points to their first half total.  As LCU pulled to within two points in the closing minutes, the scoring just stopped and Maranatha was able to pull ahead to the final margin of 63-57.

Thank you, Head Coach Amanda Bowman and the 2013-14 women’s basketball team. It was an amazing season. You accomplished much, and we applaud your efforts.