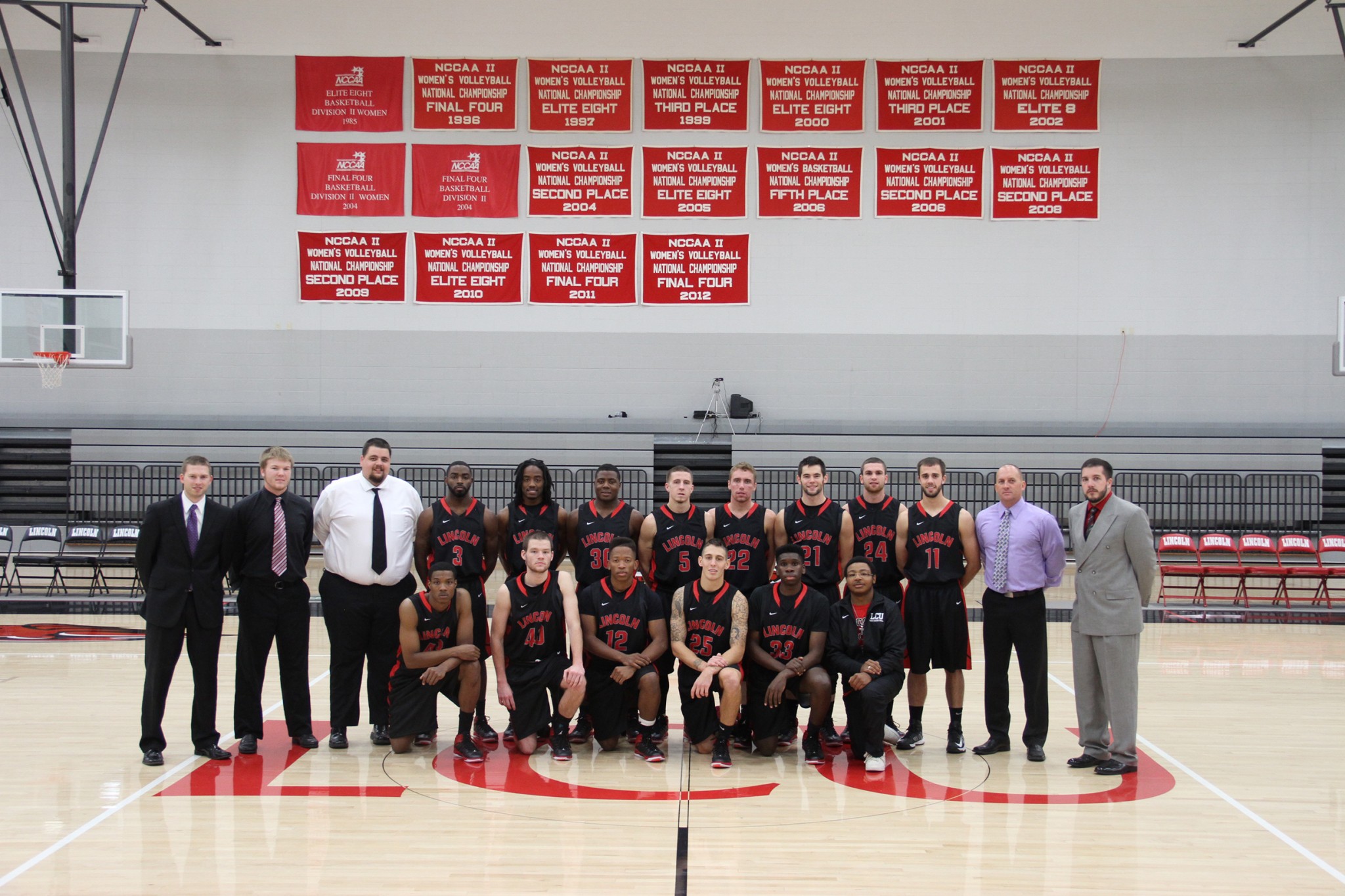 The Lincoln Christian University (LCU) men’s basketball team took the court Thursday January 10, 2013 as hosts to the Central Christian College of the Bible (CCCB) Saints in the Laughlin Center Gaston Arena. LCU (5-10) controlled the game, never relinquishing the lead they took at 13-11 in the first half. They were able to hold off a late comeback by the Saints (2-13) to win, 70-59.

LCU started out slow, but caught fire under the shooting of senior guard Brady Cremeens (Hopedale, IL/Olympia High), as he knocked down 13 consecutive points for LCU in the way of three three-pointers, a pair of free-throws, and a layup. The Saints couldn’t respond to Cremeens as LCU increased their lead to nine points by half-time. In the second half, the Red Lions held-off CCCB until there were less than five minutes remaining and CCCB made a 7-0 run to cut the lead to within six points. LCU responded by pushing the lead back up to 11 points, with freshman guard Anthony Rush (Peoria, IL/Illinois Central College), knocking down two big free-throws to stop the Saints’ run and extend LCU’s lead.

LCU was led in scoring by Cremeens, who finished with 24 points on 6-18 shooting and 8-8 from the free-throw line. He also contributed to the win with five steals. The Saints were led in scoring by freshman forward Victor Dean (Houston, TX), who had 18 points on 7-12 shooting and 10 rebounds on the night, which gave him the double-double. Freshman guard Deshaun Thomas (Houston, TX) also helped CCCB by scoring 12 points on 2-4 shooting from the floor and going 7-9 from the free-throw line.