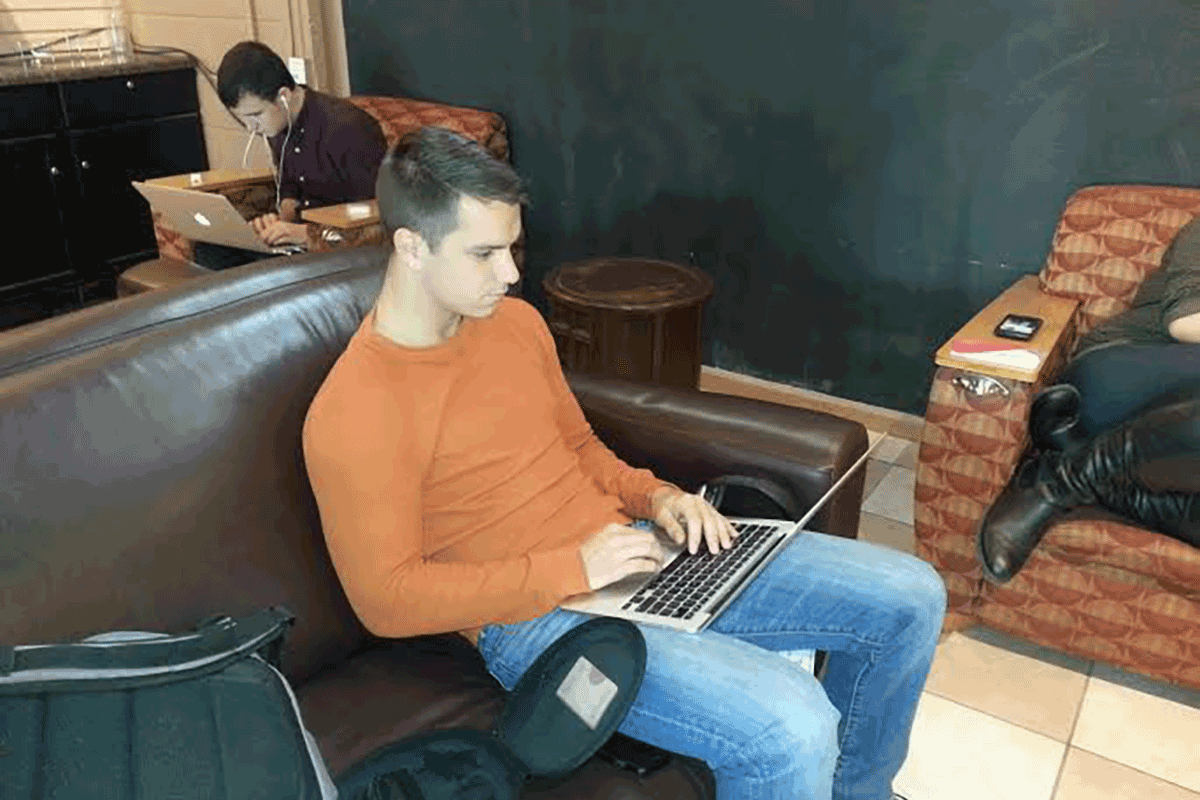 Not slowed by the pressures of course work and an already busy extracurricular schedule, Cory recently ran for and won a seat on the Williamsville-Sherman (Illinois) District 15 school board after a contested election. He garnered 63 percent of the vote on the way to ousting a member who had been seated since 1976.

“I’ve always had a passion for public service and being involved, especially in Williamsville and Sherman,” Conklin said. “They’ve given a lot to me, and I believe I should be involved and give back to a school system that meant a lot to me as a student.”

Conklin is studying business administration at LCU, and said he has always wanted to make his life and work about helping others.

“Since I was young I’ve always had a passion for helping people which is evident in many of the things I’m involved in besides college and the school board.”

Conklin travelled to Kenya last year on a short-term mission trip, and regularly assists at Springfield’s Inner City Mission. He also teaches Sunday school at West Side Christian Church in Springfield, where he attends services.

While young and a rookie, Conklin isn’t interested in being an insignificant member of the board. He’s jumping in with both feet with a voice he believes deserves to be heard.

“One of the main things I want to push would be increasing options for high school students looking for college credits even while they’re still in high school,” he said. “This would save them time and money once they’re ready to start college fulltime. I’d also like to work on increasing how effective and prevalent technological options are for students throughout the district.”

Along with a full college course schedule and various volunteer commitments, Conklin also finds time to hold down a part-time job as a financial representative at Northwestern Mutual in Springfield.

He says he’s not sure what the future holds, and doesn’t have one specific professional goal in mind.

“I don’t know what life is going to be like for me down the road” he said. “I’m open to pursuing further political interests, but right now I don’t have one career path I’m committed to. I want to keep my options open.”

Conklin said the student body at LCU is encouraged to engage the world around them, and they place a high importance on doing so.

“LCU students are everywhere,” he said. “We aren’t limited to internships in churches or Christian organizations, although those are great too. We’re out in the world impacting people from all walks of life and organizations in various fields. My life is centered on a love for Christ and I’m passionate about being of service wherever I’m called.”

Conklin will officially take his place on the board during its May meeting.