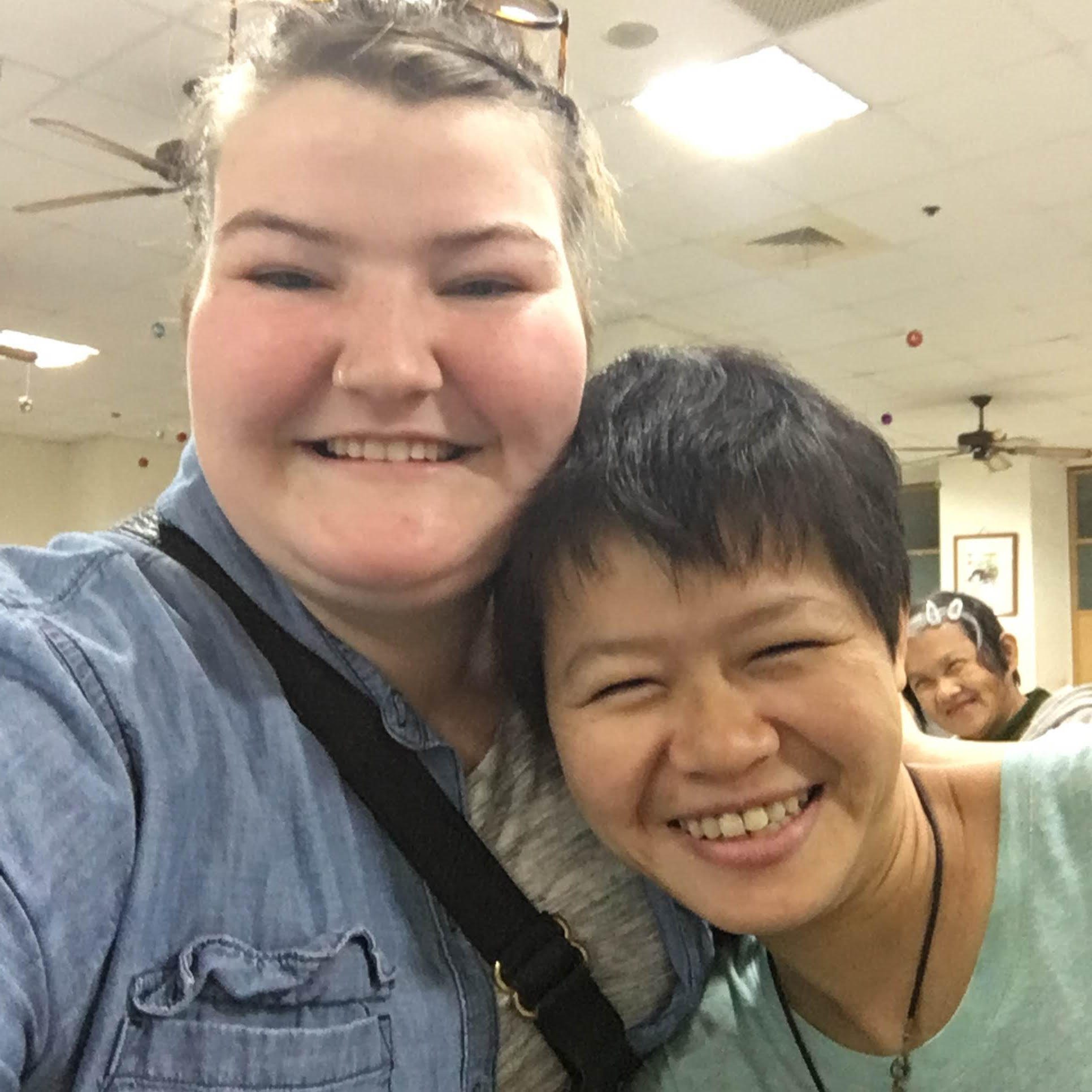 Bailey Norris is from Bloomington, Illinois. She transferred to LCU in the fall of 2014 to study Intercultural Studies.

Like many of her fellow students, when it was time to chose a Restoration Week trip, Bailey was unsure as to which trip she should apply for. “I have always liked Asian culture so I really wanted to go to Taiwan, but feared it was too expensive” Bailey said. So instead, she applied for three other trips and was denied for all three. “I was super frustrated, so I applied for three more–Taiwan being the sixth” Bailey said. A few days later, Bailey learned she was accepted to the Taiwan trip!

“It was totally a God thing, I probably wouldn’t have chosen this on my own!”

While in Taiwan the spring of 2015, Bailey and other LCU students worked with Bethany Home, an orphanage for those with special needs. Bailey fell in love with Taiwan, Bethany Home, and the people she met. “Saying goodbye was so hard, I knew I wanted to go back!”

Bailey returned to Bethany Home for her second Restoration Week trip in the spring of 2016. On both trips, she not only worked with Bethany Home but also spent time gardening and visiting local schools to play games and talk about Jesus. “Many of the Taiwanese students have never heard of Jesus,” Bailey said, “but we were able to go in and talk with them about Him!”

Bailey is returning to Taiwan for her internship during the 2016 fall semester. “I was looking through the different organizations and missionaries that my home church works with and saw one in Taiwan. I applied and later Skyped the missionaries,” Bailey said. “They have over 30 years of experience so I think it will be a great opportunity to learn from them.” While on her internship, she will be working with a campus ministry called Chi Alpha and working with the youth in a Taiwanese church.

Not only did LCU help point Bailey toward Taiwan, but also equipped her for this opportunity. Bailey mentioned that her experience as a Residence Hall Assistant (RA)—and working with the Chinese students—at LCU was great preparation for working in an Asian culture, especially on a college campus. Bailey also said her Intercultural Studies classes with Dr. Mike Nichols have truly impacted her. “The class called ‘International Children and Youth Ministry’ really helped solidify my calling for working with international youth!”