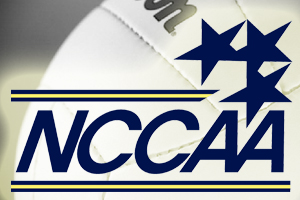 Events will begin with team practices on Wednesday, followed by Christian service projects for each team in the afternoon.  On Wednesday evening, there will be the championship banquet, where All-American, National Player of the Year and Coach of the Year awards will be presented. Tournament pool play will take place on Thursday and Friday with two pools of five teams each.  The semi-final and championship matches will take place on Saturday.

LCU last hosted the NCCAA Div. II Volleyball National Tournament in 2003 – 2006, having recently completed construction of the Laughlin Center at that time. The tournament was hosted by Grace University in 2007 and 2008 and then, in 2009 it moved down to Florida Christian College in Kissimmee, Florida.

“LCU is extremely excited about being given the opportunity to host the national tournament once again,” says Mac Ingmire, LCU’s Coordinator of Athletics. “We’re looking forward to having the tournament back in Lincoln and being able to give more fans the opportunity to attend the event due to our central location within the country. With the planning process already started, we believe it will be one of the best tournaments yet!”

The LCU Women’s Volleyball team has a long-standing history with the NCCAA Div. II National Tournament. They have competed in every national tournament for the last 17 years.  During that time, they recorded five Final Four appearances, four second-place finishes, and two national championships.  Their last national championship was in 2003, the first year LCU hosted the NCCAA Div. II National Tournament.