Home / News & Events / LCU welcomes international guests from U of I 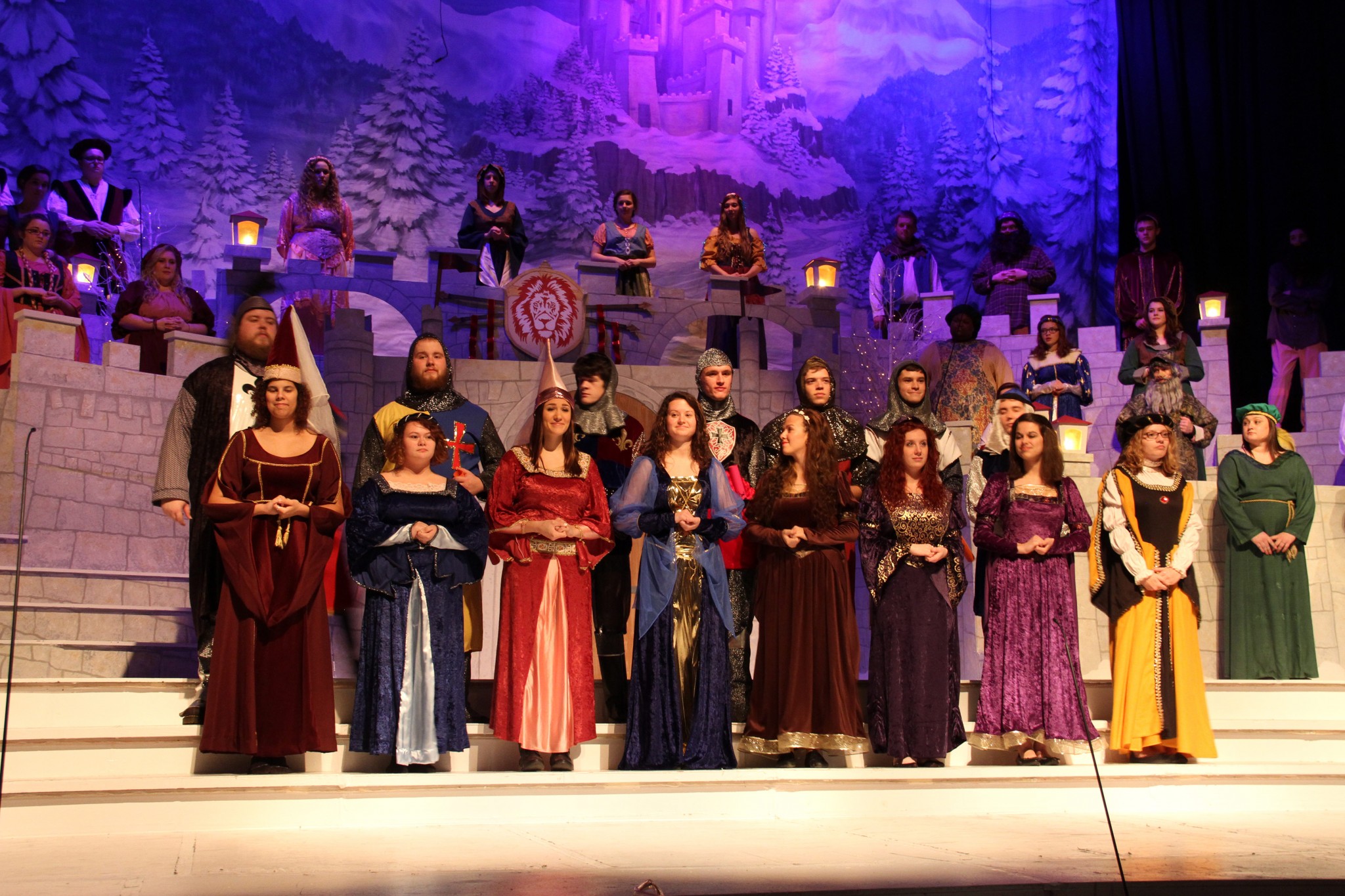 More than 50 international students from China, Iran, Libya, Pakistan and Taiwan, were among the hundreds at the Earl C Hargrove Auditorium, in what LCU President, Keith H. Ray, called “a special time for all.”

It wasn’t quite dinner and a movie at Lincoln Christian University’s (LCU) 26th annual Christmas In The Chapel presentation on Saturday, December 7, 2013.Approximately 40 guests (32 of them students) arrived by bus from the University of Illinois Urbana-Champaign (UIUC) to join President Ray, LCU faculty, and 20 students from LCU’s China Institute for the afternoon performance.

The international guests and students were treated to this year’s presentation of “Once Upon a Christmas Knight.” At the show’s end, the international group was brought onstage and acknowledged before the audience, then given a backstage tour that included photographs with cast members. A special dinner at LCU’s Henderson Hall café completed the festivities.

“We had a splendid time,” said Dr. Aaron Bird, Director of Axiom House, a residential ministry at UIUC for Christian international students. “The hospitality shown from President Ray, Jeff Colleen, Weilun Lee, Belinda Landry, and Sue Jones was top notch . . . all positive; our students were so appreciative.”

Associate Director of the China Institute Weilun Lee reports LCU’s Chinese population appreciated the event as well. “Our students were very excited about the whole affair,” Lee said, “several of them spoke at the dinner and were so glad to be a part of it all. We never know what God will do by this visit.”

One Chinese student echoed that excitement and expressed gratitude for what God did for her through the event. “I was so thankful that God gave me the chance to see people of the same origin as I am while in a different country,” the student said. “We gathered together in the love of Christ and could feel the warmth and support of each other. I hope such activity can continue in the future.”

The international gathering at LCU’s Christmas In The Chapel was the result of a months-long effort by several individuals. LCU Associate Vice-President of Development Keith Snyder and Lee worked from the LCU campus. Bird and fellow Axiom leader Gary Umphrey oversaw preparations for the UIUC international students and chaperones. Pulling it all together was Andy Baker, pastor of River Valley Church of Christ in Fisher, Illinois, and members of his church’s international outreach ministry.

Baker noted that a conversation in 2012 with President Ray about LCU’s China Institute prompted the idea to connect the international students from both universities. A more formal meeting later, established Christmas in the Chapel as the best venue to accomplish the connection.

“All that was left was to coordinate transportation and financing,” Baker said, “it took a lot of emails and phone calls, but it was very gratifying to work with people who had the same vision.”

Plans are already underway to begin preparations for next year.

“International students are a growing population on college campuses in the United States,” Ray said. “It is thrilling to see students from our campus interact with guests from around the world. LCU is glad to participate in the education of global citizenry.”

LCU’s China Institute student was equally happy. “I am so proud to be a student of Lincoln Christian University,” the student said following the event, “we have a big, open heart to embrace people around the world. In fact, we have great vision for the future and the world.”