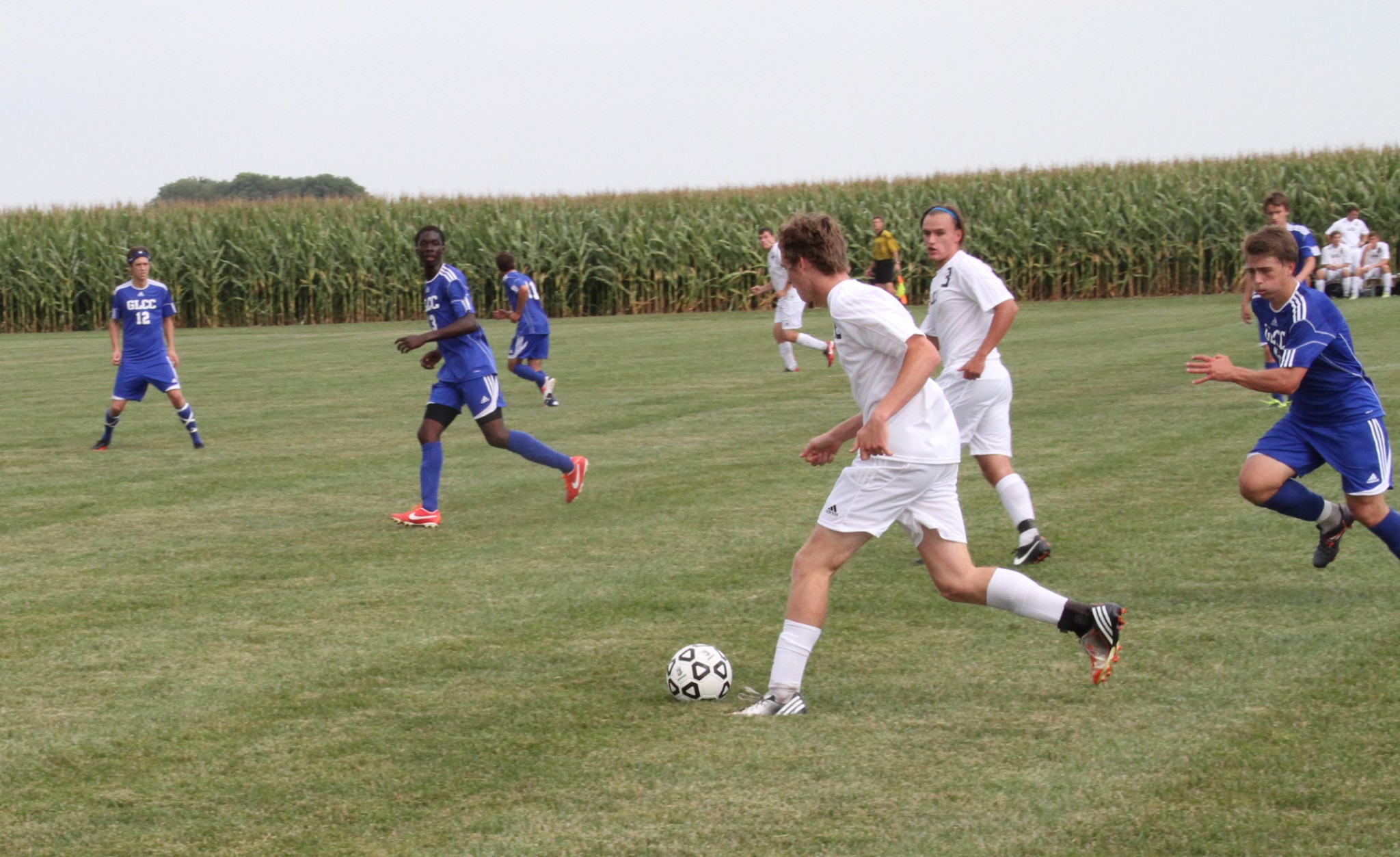 The Lincoln Christian University (LCU) Men’s Soccer team hosted Central Christian College of the Bible (CCCB) in their home opener on Monday afternoon at the LCU soccer field. It turned out to be the best home-opener in recent years, as LCU (1-2) triumphed over CCCB (2-1), 5 – 1.

LCU brought power to the game from the start from the foot of senior forward Craig Hoskins (Bloomington, IL/University High). In the game’s first seven minutes, Hoskins put a shot in the back of the goal, to kick off what was going to be a great offensive game by LCU. After Hoskins’ goal, CCCB quickly answered back with a goal of their own. However, that would be it for CCCB in the half, as LCU scored a goal in the waning minutes of the half to put the score at 2-1 heading to the break.

When the second half began, it was all LCU as they dominated the offensive end of the ball and controlled the game the entire half. LCU grabbed three more goals during the second half, while junior goalkeeper Logan Arney (Effingham, IL/Effingham High) held CCCB scoreless. Arney recorded 16 saves during the game. In the second half, Hoskins added another goal to finish the match with two goals. Sophomore Mitchel Burgener (Olney, IL/ East Richland High), sophomore Mitchel Brannock (Heyworth, IL/Heyworth High), and freshman Luke Chen (Hangzhou, China/Affiliation High School of Hangzhou Normal Univ.) each recorded goals on the game. Sophomore Parker Radecki (Greenwood, IN/Central Grove High) also recorded two assists.