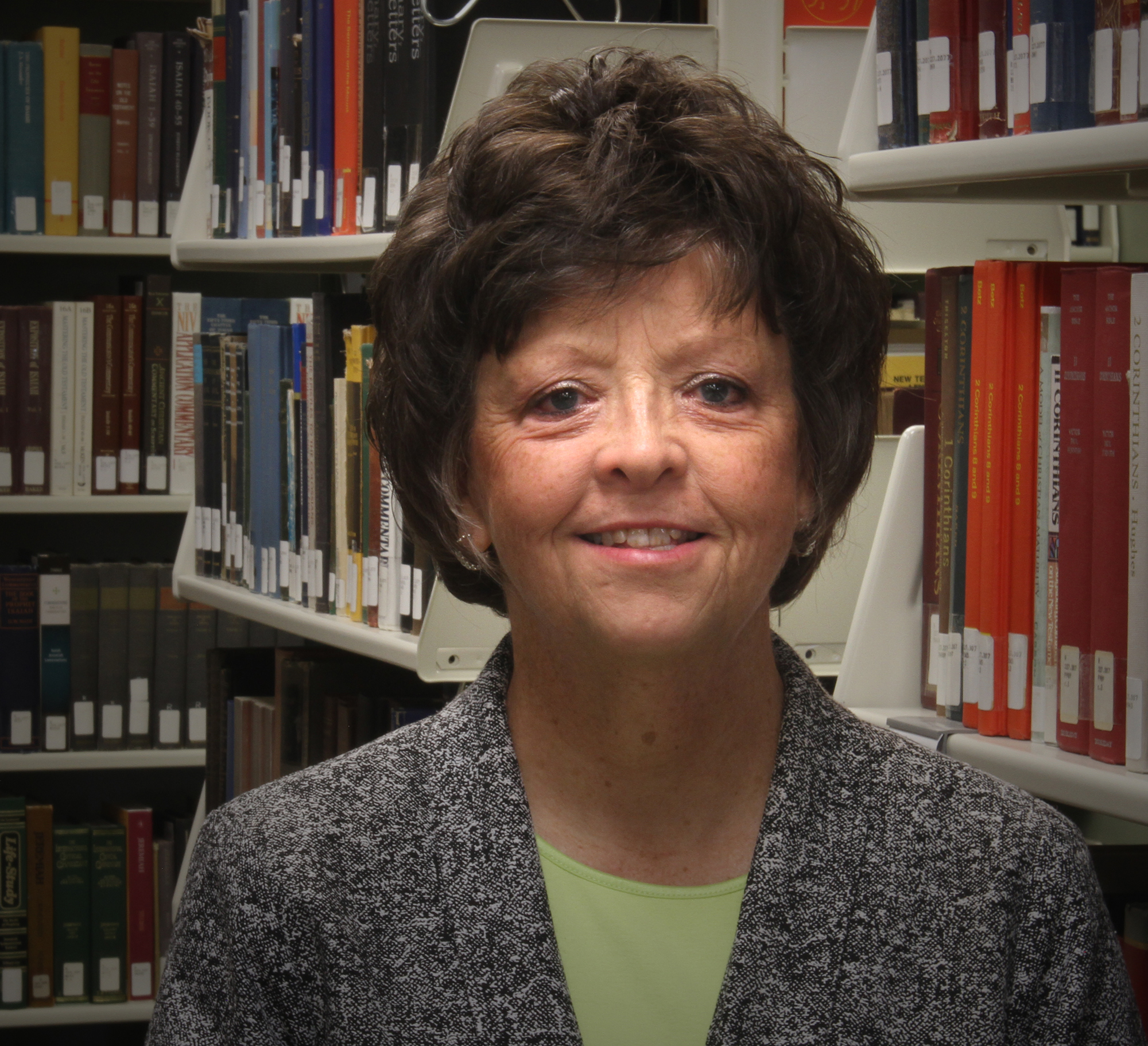 Olson is only the seventeenth recipient to receive this award since it was established 34 years ago. It is her ongoing service to missionaries and international libraries, her work as a liaison to the Association of Biblical Higher Education, her achievement in the publishing of Library Guidelines for ABHE Colleges and Universities, her help to TCMI’s Haus Edelweiss, and her many years of leadership in the ACL that set her apart for this honor.

“I’ve always considered it a service to do what God has allowed me to do,” said Olson in response to the award recognition.

The Emily Russel Award was established in 1971 in memory of Miss Emily Russel, co-founder of the Association of Christian Librarians (known at that time as the Christian Librarian’s Fellowship), in recognition of her vision and foresight. Honorees are selected by the membership and approved by the Association’s Board of Directors based on foreign service, special achievement in the librarian’s local community, publication or contribution to library literature, innovative library initiatives and professional organization activities.

A graduate of Great Lakes Bible College, Olson’s professional library career began there. She earned her Master of Science in Librarianship from Western Michigan University. Olson became a member of the ACL in 1976 while in Michigan at Great Lakes. She attended her first annual conference in 1977, and has missed only two conferences since. She held her first office as Indexer in 1978 and served her first term on their Board of Directors in 1980.

In 1988, Olson began her first term on the executive leadership of the ACL board. In that same year, she moved from Michigan to Illinois to become an assistant librarian at LCU’s Jessie C. Eurie Library. Olson continues to serve at Lincoln Christian as Director of Library Services, a position she was promoted to in 1994.

Olson has continued to be heavily involved in the leadership of ACL, serving as Conference Co-Program Director (1988), ACL Vice-President (1988-1990), President (the first to serve two terms, 1990-1994), Past President (1995), Executive Director (1995-2007), and Conference Keynote Speaker (2009). She has also let numerous workshops for ACL and the Association for Biblical Higher Education (ABHE).

In addition to her Board work, Olson served with Vihari Hivali on the Commission for International Library Assistance, now known as the Commission for International Library Advancement. She has a sincere commitment to missions as demonstrated by her support of an Eastern European librarians’ conference and her repeated work as a visiting professor at TCMI Institute in Austria over the last 10 years.

Olson now serves as ACL Liaison to ABHE. A logical assignment that followed two terms on the ABHE Commission of Accreditation, serving as Vice-Chair for a portion of that time. Olson was also the champion for the ABHE publication, Library Guidelines, for ABHE Colleges and Universities. She will soon complete the revised guidelines, exploring contemporary library challenges and helping formulate best practices. No other ABHE professional group has a comparable publication to use as a resource.

ACL is an evangelical Christian academic organization that seeks to strengthen libraries through professional development, scholarship and spiritual encouragement for their members in service to higher education. It is one of the oldest and largest evangelical academic library organizations and internationally known for the global outreach of the Association’s services.