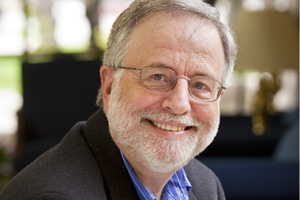 Dr. Rich Knopp, LCU professor of Philosophy and Christian Apologetics, will deliver the Commencement address for St. Louis Christian College on May 4 at 10 a.m.

Dr. Knopp’s Commencement message will include a story about Dr. James Strauss, Professor Emeritus of Philosophy and Theology at Lincoln Christian Seminary.  When he was a St. Louis Christian College junior, Knopp heard a chapel sermon on Acts 17 delivered by the visiting Dr. Strauss. Professor Knopp describes having two specific thoughts immediately after that sermon: “I have no idea what that man just said, but somehow I think it’s important.”  That experience was a key turning point in leading him to major under Dr. Strauss and complete a Master of Divinity in Philosophy and Theology in 1979. In 1991, Dr. Knopp and Dr. John Castelein published a Festchrift for Dr. Strauss entitled Taking Every Thought Captive: Essays in Honor of James D. Strauss. Dr. Knopp, who also holds MA and PhD degrees in philosophy from Southern Illinois University and the University of Illinois, has taught at Lincoln Christian University since 1983.

Dr. Knopp was granted the Wolford Award from SLCC in 2007, which honors alumni “who exhibit Christian character and have made significant impact on SLCC athletics and in ministry,” and he received a “Distinguished Alumni Award” in 2010.  This coming November, he will be inducted into the inaugural class of the SLCC Athletic Hall of Fame.  He was the all-time leading scorer in basketball for about 20 years and still ranks second in that category.

SLCC Commencement will be hosted at First Christian Church of Florissant, MO. Dr. Knopp served as a youth minister at the church from 1972-74 and graduated from SLCC in 1973.  He will also be joining some of his fellow SLCC graduates in a 40th anniversary reunion that weekend.