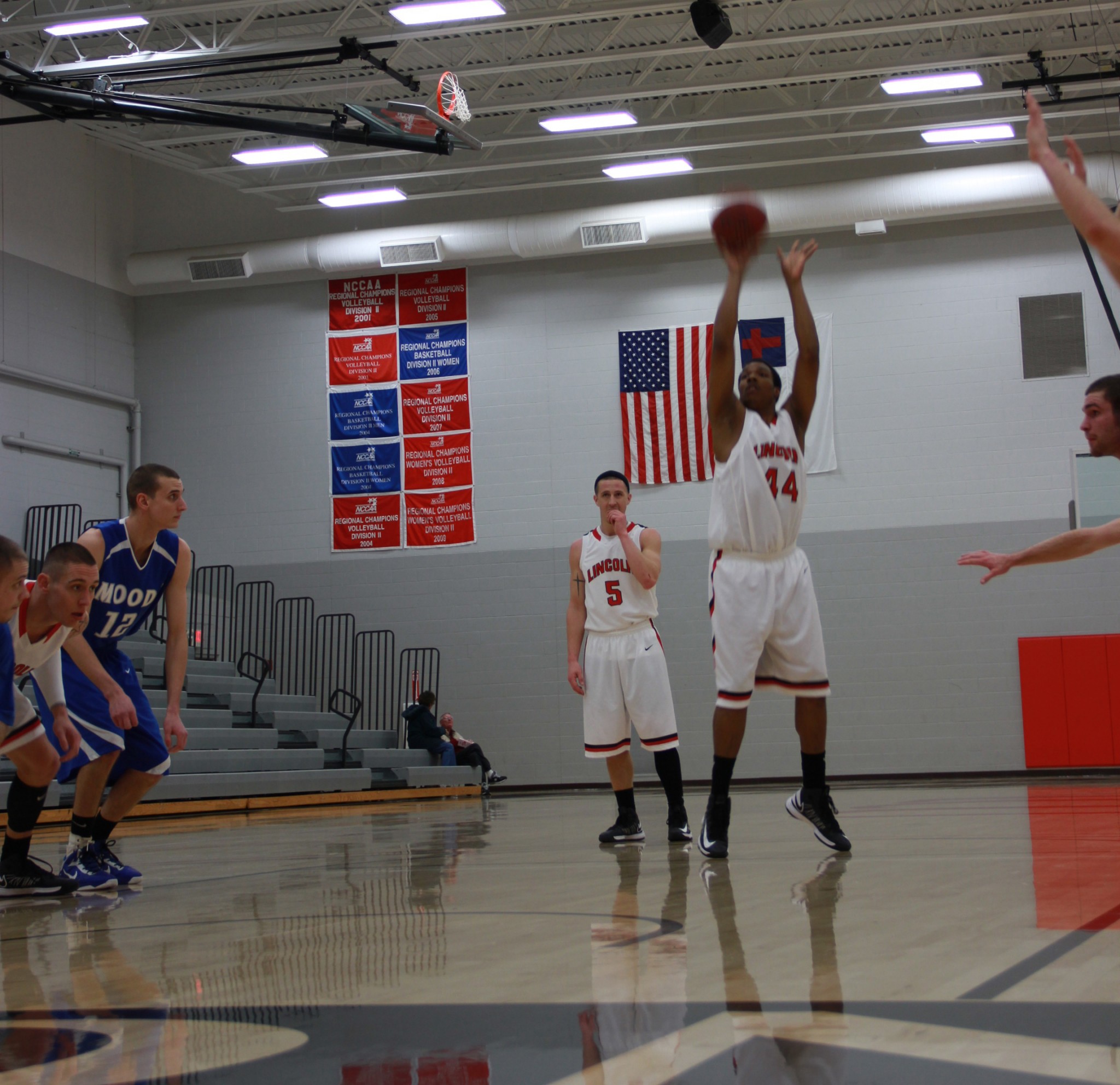 The Lincoln Christian University (LCU) men’s basketball team (6-11) faced the Saint Louis Christian College (SLCC) Soldiers at home in the Laughlin Center, on Tuesday, January 29, 2014. The Red Lions fell behind early, but made a heroic comeback to steal the game, 75-73.

It appeared, in the opening minutes of this game, that this was going to be a back and forth battle between two equally talented and experienced teams. However, within 10 minutes, SLCC pulled out to a 12-point lead that came from a number of fruitless LCU possessions due to underwhelming rebounding and unforced turnovers. A five minute LCU scoreless run was finally broken with a bucket that would become the catalyst for the Red Lions to close the gap to 24-34 by halftime.

In the second half, the Red Lions came out and took control of the game. While still trailing by 10 points, sophmore forward Raymond Shegog (Sun River Terrace, IL/Lincoln College) hit a three pointer that lit a fire under the home team once more. The Red Lions closed the gap to a single point, 73-72, with less than two minutes remaining in the game. Finally, they stole the game with three more points from the charity stripe.

In the locker room at halftime, Head Coach Mac Ingmire was able to inspire his men to this incredible come-from-behind victory that ignited an already combustable crowd into a frenzy as the clock ticked out the last second and a half that made the home team the winners, 75-73.

LCU had three players in double digits in the win. Led by freshman Jimmy Smylie (Springfield, IL/ Calvary Academy) who contributed 16 points and followed by Shegog with 15 points, senior forward David Graves(Eustace, TX/Eustace High) rounded out the high scorers with 13.