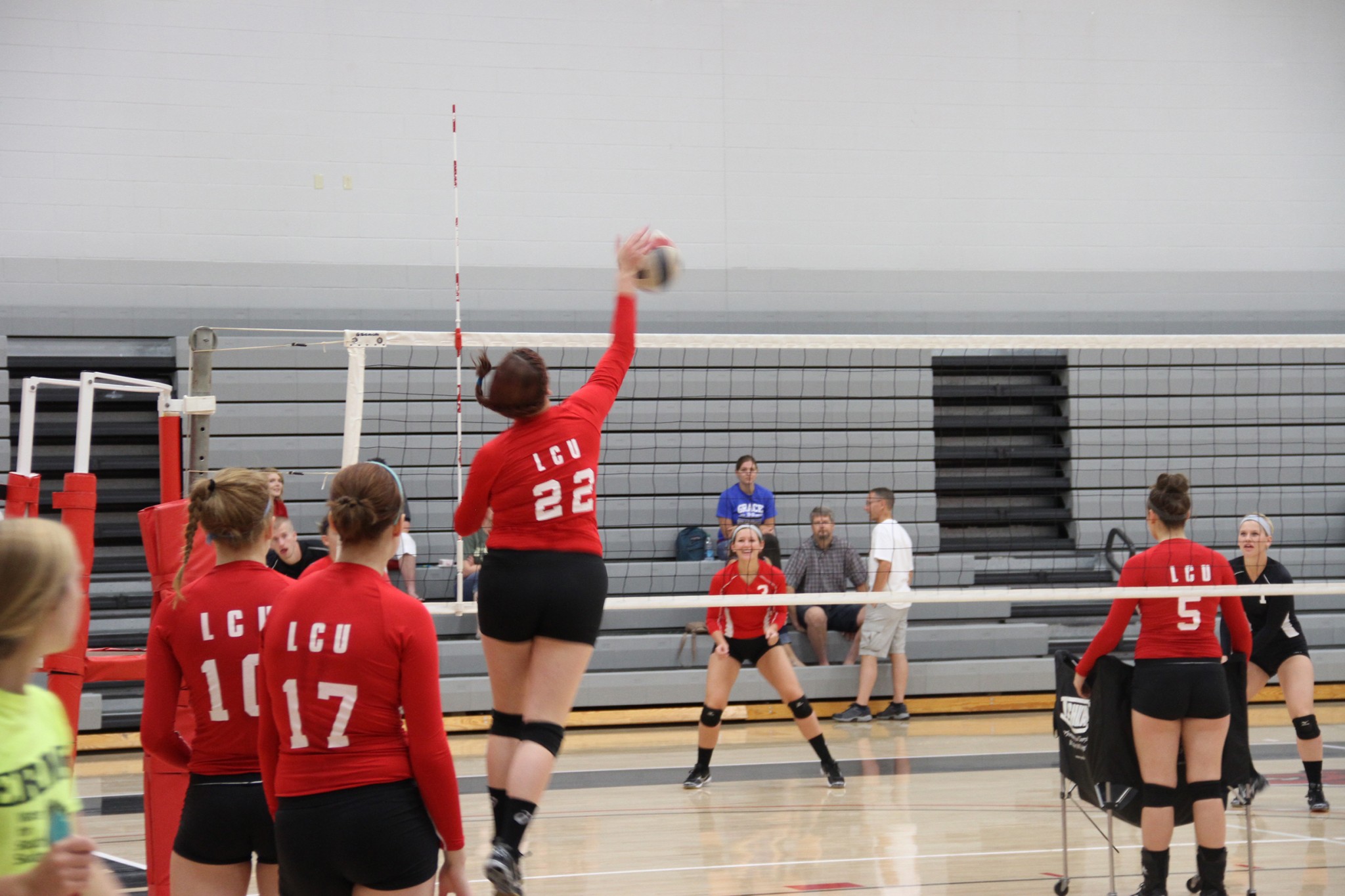 In the semi-final match, LCU took care of business and left no doubt, as they won against NIU with set scores of 25-11, 25-18, and 25-12. Freshman Abbey Akre (Newark, IL/Newark Community High) led LCU with 9 kills, while junior Alicia Carson (Nobles, MI/Bloomingdale High) followed up with 8 kills and a .412 attacking percentage. Senior setter Hannah Taylor (Mishawaka, IN/Jimtown High) recorded 30 assists on the match.

On Saturday, LCU advanced to the championship match, where they met #1 seed, MBBC. Since 2009, MBBC has beat LCU in the regional championship and taken home the banner. LCU changed their fortunes this year, as they won in four sets with scores of 25-20, 25-23, 23-25, 25-22.  Carson was stellar in this battle, as she recorded 22 kills on a .525 hitting percentage. Akre followed up with 16 kills of her own on a .406 hitting percentage. Junior libero Emma Donnelly (Clinton, IL/Clinton High) averaged just over 10 digs per set, recording 41 on the match. Taylor recorded 58 assists.

LCU will move on to compete in the National Tournament November 14-16, 2013, on their home court in Lincoln, IL. Visit www.LincolnChristian.edu/vbtourney for tournament information.