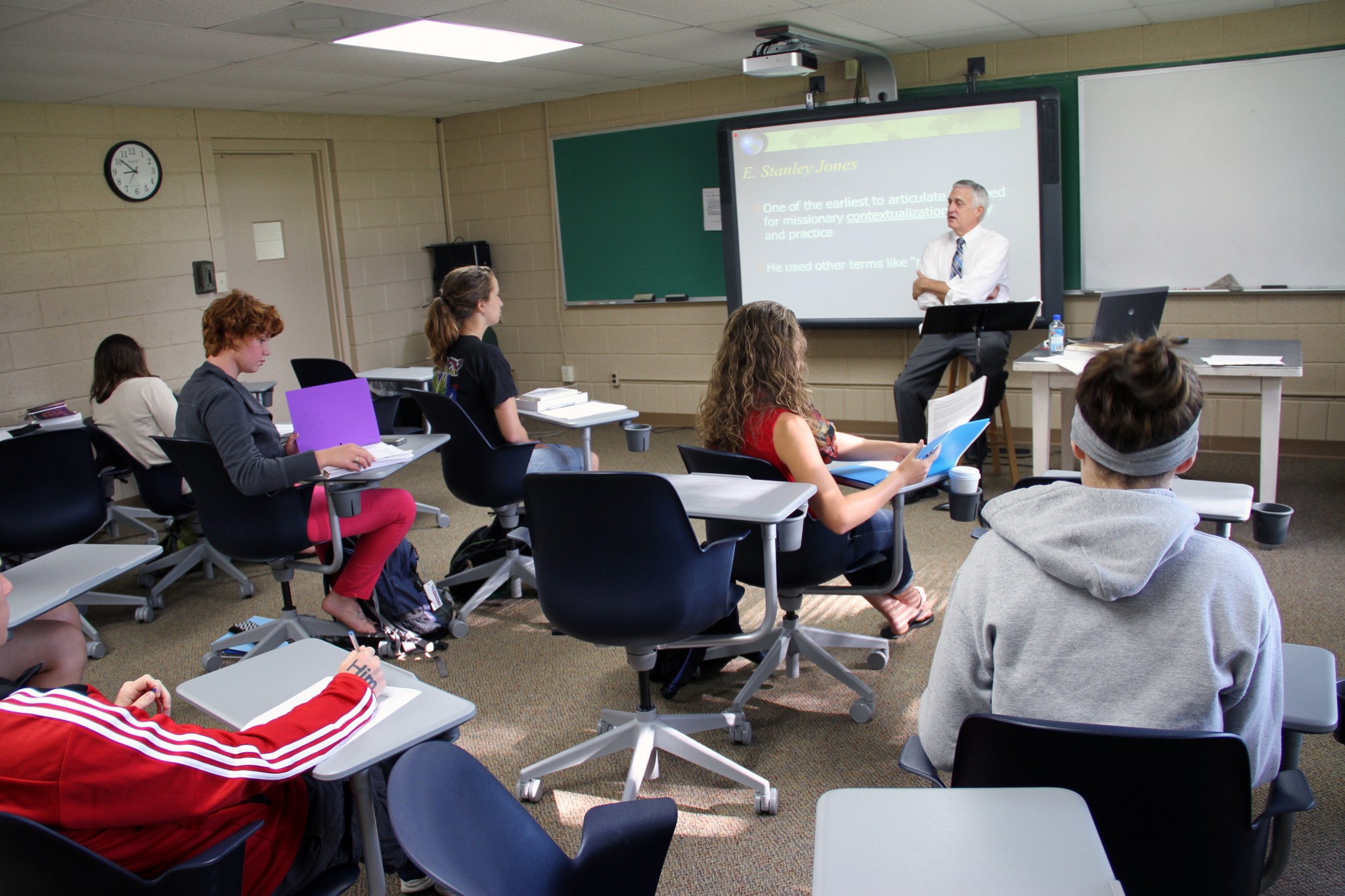 Students arrived on the LCU campus this fall to find improved classrooms, thanks to the generosity of Robert J. Woods and Joan Jarrett Woods through the Woods Foundation of Lincoln, Illinois.

A total of $50,000 in gifts will helped revamp Dowling Auditorium in Restoration Hall and several classrooms in the education wing of the Charles E. Mills Administration Building. The result–an enhanced instructional experience for students meeting in those facilities. The $103,000 project was accomplished during the summer when students and faculty were on break and the work could progress with minimal disruption to the University’s academic activities.

The project was announced in December 2013, following the receipt of gifts totaling $50,000 from the Woods Foundation and an estate gift in memory of Harold and Gwendolyn Kubley. In April, the annual Christian Women’s Conference free-will offering was added to the fund to help achieve the refit project goals for updating the technology in Restoration Hall’s Dowling Auditorium.

The work was completed at the end of July, in plenty of time for the start of the new school year on August 11. In fact, Professor of History and Interdisciplinary Studies Dr. Brian Messner told us, “As classes were getting started lots of students stopped by to have a look and were very impressed.”

The classroom refit project addressed two critical needs for LCU: 1) bringing the classroom environment in those rooms up to expectations for current educational practices; and 2) assisting in the attraction and retention of students.

Assistant Professor of New Testament and Early Christianity Dr. Nick Zola voiced what many instructors were thinking when he said, “The remodel of Dowling Auditorium lends itself wonderfully to a more interactive learning environment. With chairs and tables on wheels, I can have my students begin in a lecture arrangement facing me, then have them turn around and face each other for group work or discussion, and then return to me for a wrap-up. It provides great flexibility.”

Prior Woods Foundation gifts have been used for library renovations, improvements to the Earl C Hargrove Chapel, and other critical LCU needs.  Last year LCU received a $40,000 matching grant for a new mini-bus to carry athletic teams and students to off-campus games and events.

The Woods Foundation was established in 1998 to continue the philanthropy of Robert J. Woods and Joan Jarrett Woods. The Foundation received the 2013 Lincoln Community Leadership award in May for their support of LCU and other Lincoln-area non-profit organizations.