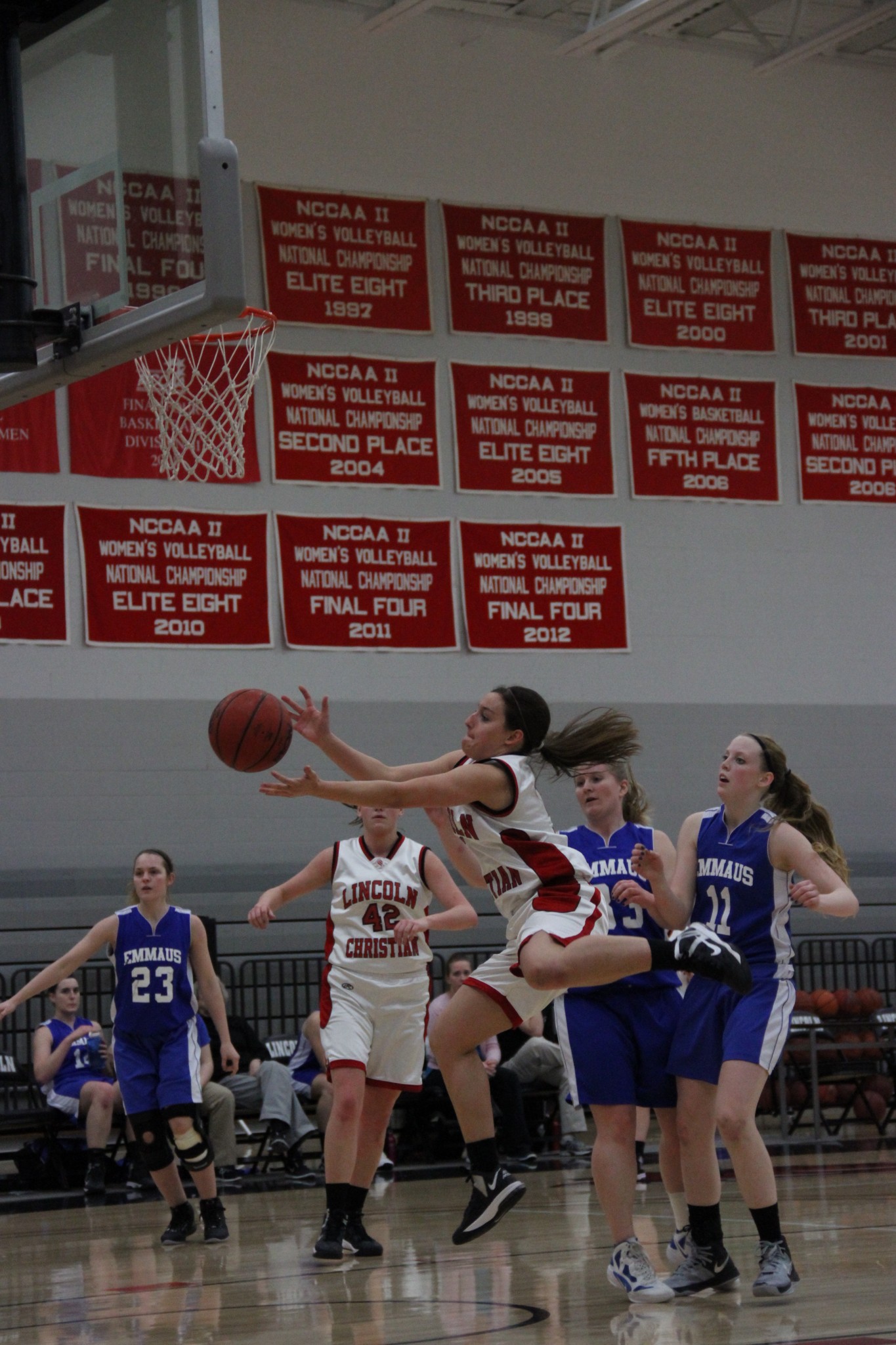 The Lincoln Christian University (LCU) women’s basketball hosted Kansas City based Calvary Bible College on Friday, January 25, 2013. It was a close game throughout, but in the end, LCU pulled away to seal the win with a score of 54-43.

LCU grabbed the lead from the beginning on their home court, leading by as many as nine points within the first 10 minutes of the first half. Calvary (3-9) fought back to tie it up and kept the game close going into halftime, with LCU only up 20-19. During the first 15 minutes of the second half, the two teams continued to struggle back and forth to grab a lead greater than five points. In the last five minutes of the game LCU was able to pull away, increasing the lead to 11 points. For the visitors, the game might have come down to turnovers, as they gave the ball away 21 different times throughout the game, compared to LCU’s 15 turnovers.

LCU was led in scoring by sophomore guard Tatiana Colclasure (Effingham, IL/Effingham High), who put up 23 points on 7-20 shooting and going 7-10 from the free-throw line. She also had five rebounds, four assists, and five steals. Sophomore forward Alicia Carson(Gobles, MI/Bloomingdale High) had the game’s only double-double, putting up 12 points on 5-13 shooting and grabbing 12 rebounds. For Calvary, senior Brittanee Weide (Inman, KS, led in scoring with 13 points on 3-11 shooting, including 5-8 from the free-throw line.

This win improves the LCU women’s basketball season record to 5-8.