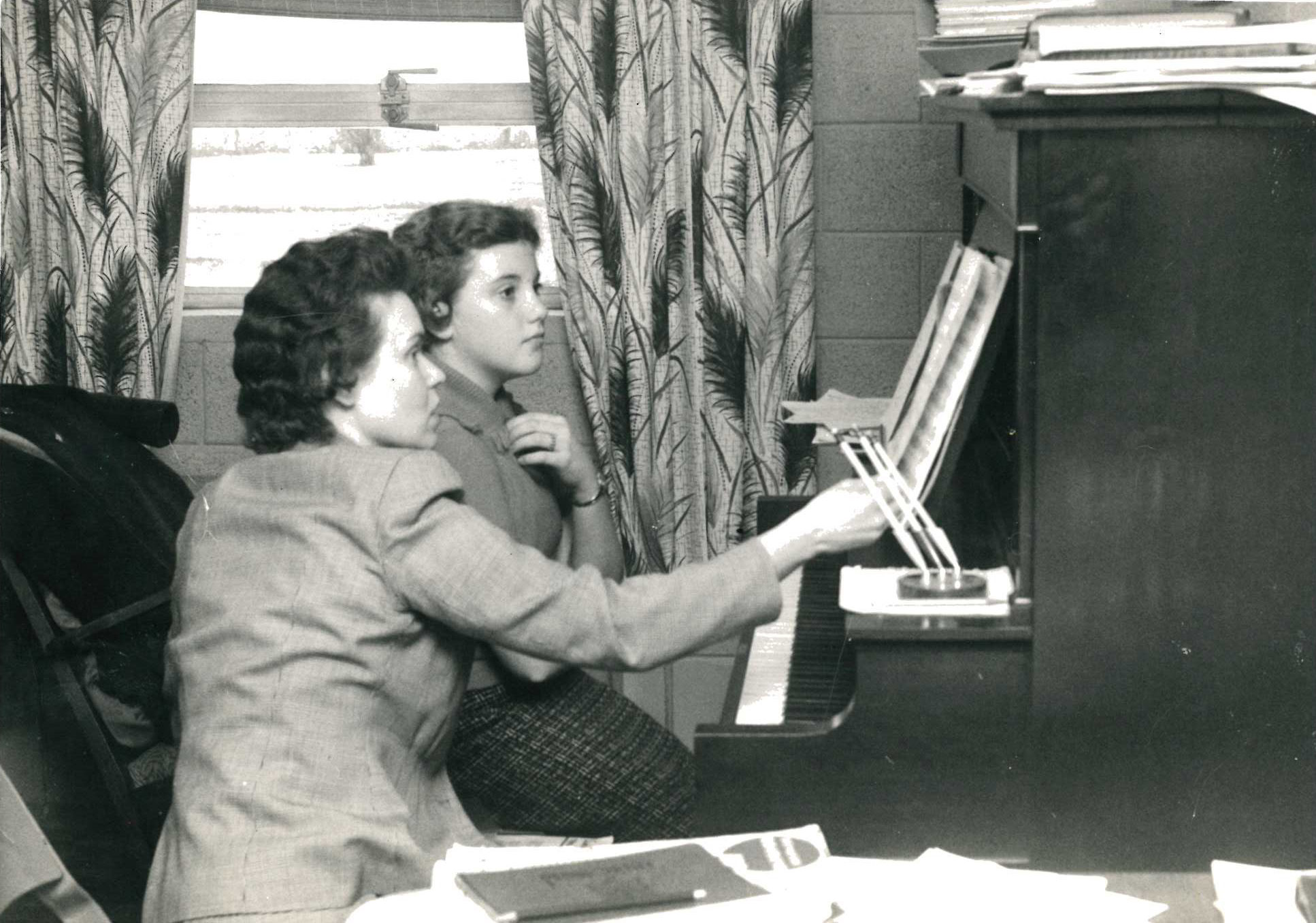 In September 1944, Claudia (Charlesworth) Boldon, LBI ’51, enrolled at Lincoln Bible Institute as a freshman in the brand new school. Sixteen members of the student-body joined 5 members of the faculty to meet at the 2nd floor of a building at Lincoln College.

During the 2nd year (1945), J. LeRoy Boldon, LBI ’47, came to LBI as a 3rd year student from CBS in Ohio. Claudia and J. LeRoy were asked to provide the music on week-end services with the professors for preaching and public relations services at area churches in IL. LeRoy and Claudia became a music team and later married in Aug. 28, 1946.

Upon J. LeRoy’s graduation in June 1947 with a BA in Bible/Ministry, the Institute leaders asked the Boldons to study a comprehensive music course at Moody Bible Institute in Chicago, IL with future plans to offer the same at LBI.

While at Moody, the Boldons were privileged to meet and study in classes led by well-known and writers of sacred music, including George Schuler, Harry Dixon Loes, Don Hustad, and Lloyd P. Pfautch. In the Fall of 1948 the music department at LBI opening, offering vocal, choral, keyboard studies, music theory, etc. Then in 1949, LeRoy began his degree in Sacred Music at Illinois Wesleyan University in Normal, IL which he completed in 1958. Because of his teaching load at Lincoln, he could only carry partial credits at IWU so it took twice as long as normal.

As family requirements mounted, Claudia was forced to leave teaching at LBI and Marie Graham (vocal classes) and Roberta Chambers (piano and organ) were added to the music department in 1951 and later. J. LeRoy resigned from LBI in 1963 and resumed the music teaching at Pacific Christian in Long Beach, CA.