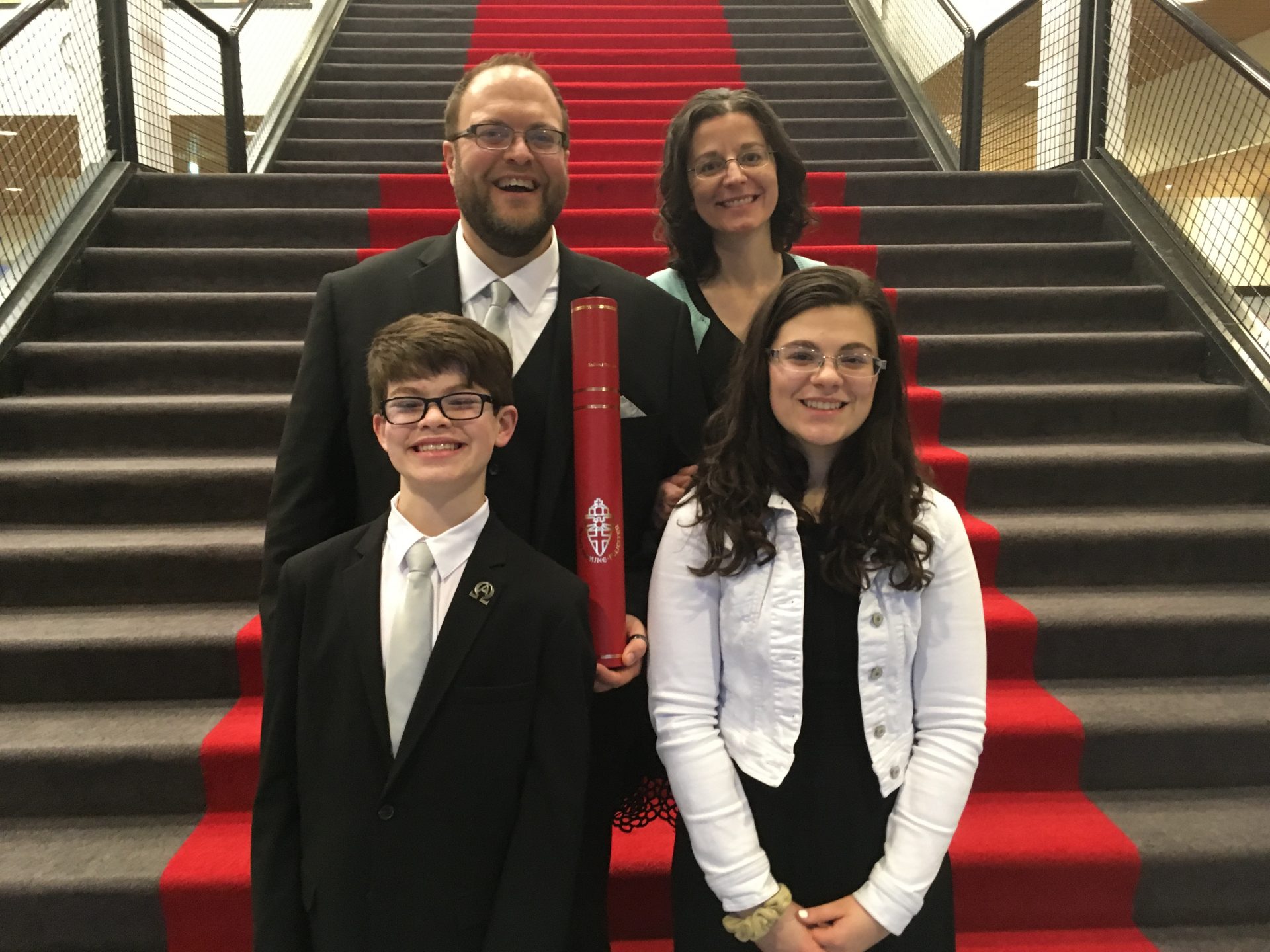 Fred Hansen, LCC ’97, LCS ’02, LCS ’09, is Associate Professor of Biblical Studies with the TCM International Institute, in Indianapolis, Indiana, and Heiligenkreuz, Austria, where he has served since 2011.

When not traveling overseas teaching and volunteering for TCM, Fred and his wife, Dr. Cindy Hansen, reside in Minnesota with their two children, daughter Madeline and son Parker.

Fred completed his Ph.D. in 2019 at the Radboud University in Nijmegen, Netherlands. His dissertation entitled, “The Alpha and Omega and Lampstands Metaphors: A Linguistic Theory of Metaphor as Applied to the Book of Revelation,” was the culmination of studies he began with the late Dr. Robert Lowery, Academic Dean and beloved Professor of New Testament at Lincoln Christian Seminary. In a soon to be announced and celebrated appointment, TCM will install Fred as the Robert Lowery Faculty Chair to honor Dr. Lowery’s legacy of preaching, teaching, leading, and disciple making at TCM as well as at LCU.

Not only did LCU partner with TCM and Dr. Hansen through his previous education, but during the dissertation process, Nancy Olson and Leslie Starasta, librarians at LCU, provided research assistance. Additionally, Dr. Mark Mangano, Professor of Old Testament at LCU, traveled with the Hansens to Nijmegen to serve as one of Fred’s paranymphs for the Hora Est, the Dutch version of the doctoral defense.

Fred continues to minister and teach with TCM in the US, and will also travel to Eastern Europe and Central Asia in the coming months, teaching in several countries there as well. More information about the ministry of TCM can be found at tcmi.org or tcmi.edu. Feel free to contact Fred at fred.hansen@tcmi.edu.