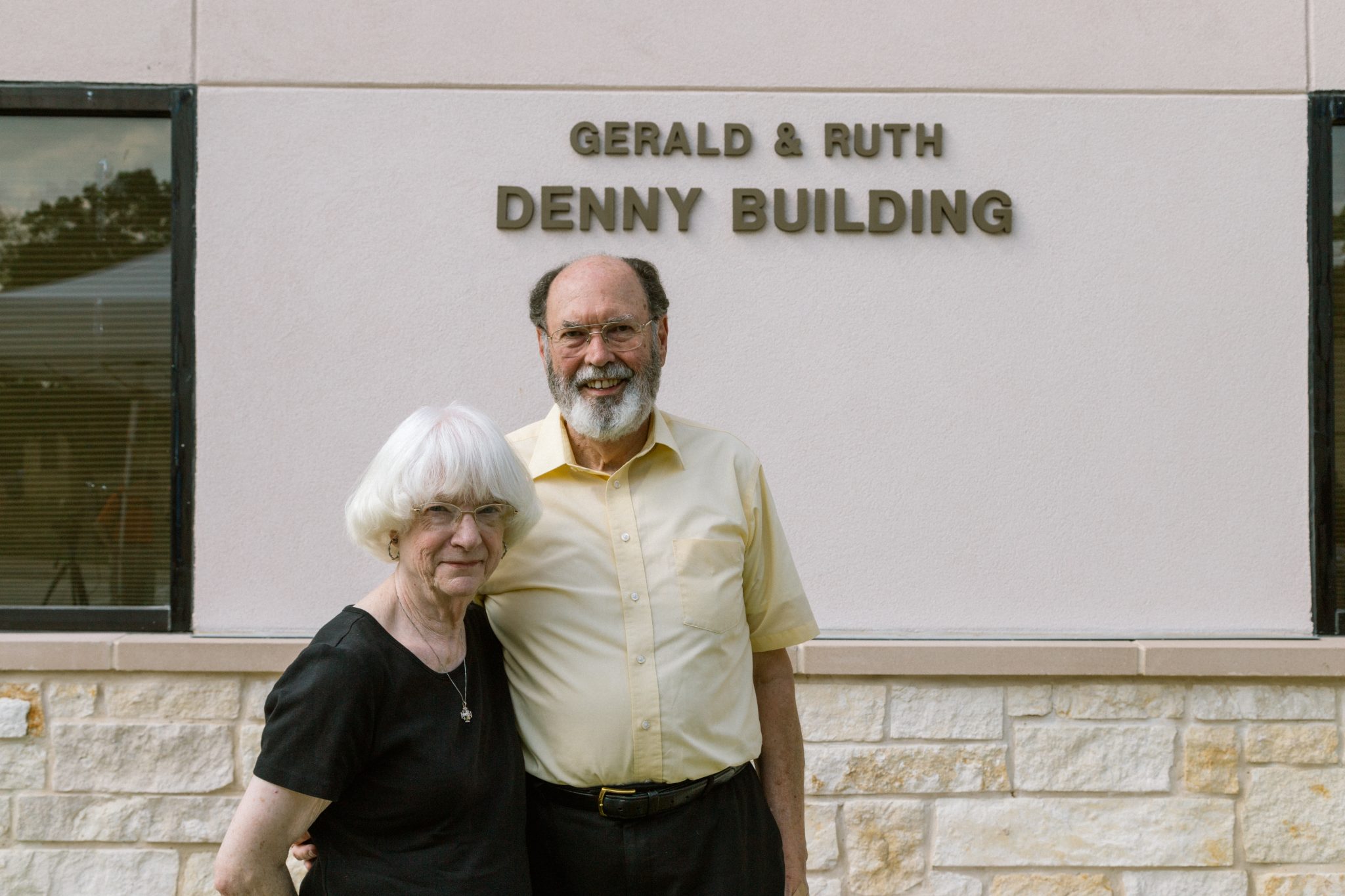 Throughout the history of Lincoln Christian University, there have been several families with multiple generations that attended school here. One of those is the Denny family.

Their first full-time ministry was at First Christian Church in Clinton, IL. They served there from 1964-1972. Gerald was the minister of education and Ruth was the choir director. She was also a teacher for the weekday church kindergarten. In 1972 they moved to Decatur, GA to minister with the Mt. Carmel Christian Church. Gerald again served as minister of education and Ruth was a piano teacher in a release-time program with the Mt. Carmel Christian School. They served there until 1980, when they moved to Terre Haute, IN to serve with the Maryland Community Church in their respective roles. Ruth also taught in the church’s preschool.

In 1986, Gerald became the preaching minister for a new church plant, the Champaign-Urbana Christian Church, in Urbana, IL. Ruth taught music and reading in the Urbana School District, as well as giving private piano lessons.

Within those years of ministry, Pioneer Bible Translators was launched on the campus of LCC in 1976. Gerald served as one of the founding board members. In 1993 Gerald stepped off the board so that he and Ruth could themselves become missionaries. At a time when few recognized or understood the vital importance of missionary care, they saw the need and followed God’s leading to begin meeting it. They established what has become a global care team, which Gerald directed until passing the reins to Jeff Holland in 2015. 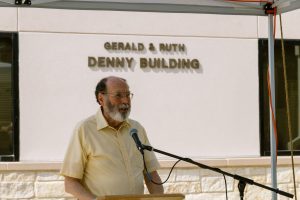 Recently, Pioneer Bible Translators board of directors chose to name their newest building at the International Service Center in honor of Gerald and Ruth because of their long and fruitful ministry with PBT. This building, known informally as the Neo-Classic while awaiting its new name, houses the MAC, finance, and legal teams. A dedication service was held there on Thursday, August 23, at the conclusion of PBT’s annual staff strategic planning meeting.