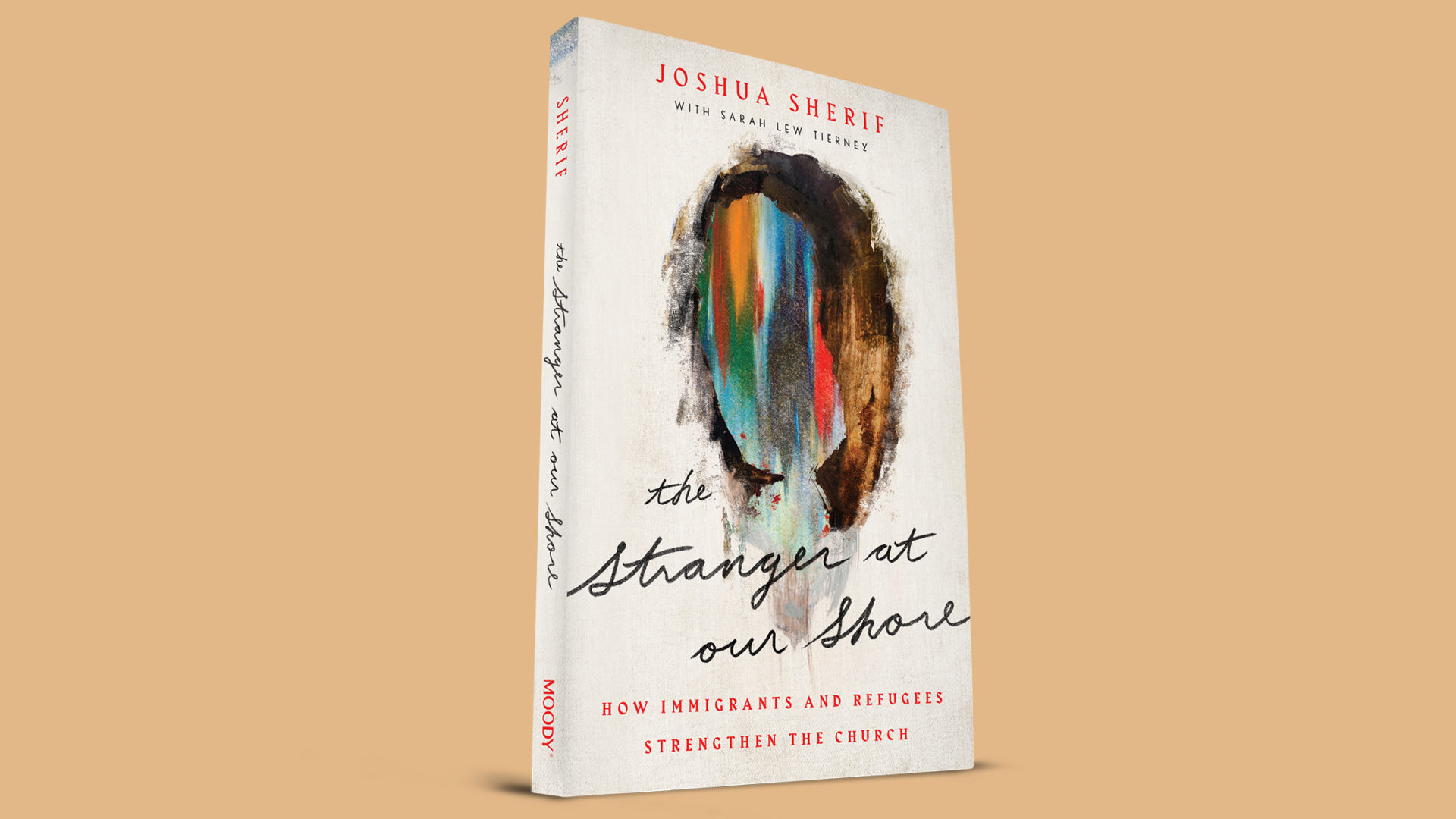 We met at a table in the Warehouse…

Isn’t this the story for so many of us who attended Lincoln? The dominant tale I hear told about LCU is one of lifelong friendships. No matter what happens next, the true legacy of Lincoln was, is, and always will be the people.

People like my friend, Joshua Sherif. We met at a table in the Warehouse and spent many of our college days together. LCU shaped us as thinkers and writers (SO much writing!), but most importantly, as servant leaders. The most enduring image in my mind when I think about what Lincoln taught us is the statue in front of the chapel: Jesus washing feet. The core message of servant-leadership was impressed upon us at every turn. During my graduation from Seminary, I received what all Seminary graduates received: a towel. And Dr. Lowery’s words still ring in my mind: “What does God want from us!? God wants dirty…stinking…towels.”

Neither one of us set out to become an author. Josh jumped into ministry after graduation, preaching in Petersburg, IL. My husband Jake and I worked with him for a short time there as worship ministers, but we later pursued different callings in life: Josh and his wife Gina moved on to planting and pastoring a congregation in Chicago, and I starting working as a therapist in Lincoln, while my husband Jake taught Physics in public high school. It took us five years to write this book because we wrote in the margins of our lives, squeezing in time for short phone calls here and there to work on it, chapter by chapter—most of the book was actually written over the phone, since we live three hours apart. We persevered in this work for so long simply because we believed in the message and hoped the material would somehow serve the Church. We had no guarantee that we would be published. But here we are! Our book The Stranger at Our Shore: How Immigrants and Refugees Strengthen the Church will be released June 7, 2022 by Moody Publishers!

This issue is at our doorstep right now. And we don’t need to be shamed on this topic: we need to be equipped and encouraged. And my friend, Josh Sherif, is the right person to resource the Church, not only by his personal story of immigration and conversion from Islam to following Jesus, but by his decade of experience planting and pastoring a church of 30+ nationalities and 20+ languages in one of our country’s most diverse neighborhoods. Don’t miss out on this one! At this point, after five years of writing and editing, I’ve probably read through the book over a hundred times…and each and every time I still see something new and empowering in the pages. Matthew Soerens (Author and U.S. Director of Church Mobilization at World Relief) recently called the book “…a timely epistle to the American Church.” This is a “timely” book indeed—in these global times, with so many refugees coming to our shores from Afghanistan, Ukraine, and other places, this topic has never been more relevant—but I also think it’s the kind that you can come back to again and again for refreshing, as the book is full of compelling stories, scripture, and practical ways to help the Church move forward. For as long as I’ve known Josh, Biblical analysis has been part of his gifting, and the Bible is truly the foundation for this book: we’re not responding to the times with supporting scriptures, we’re responding to scripture first, in a way that is ultimately relevant to the times. I am so thankful for Josh’s willingness to share his testimony and wisdom with us…but it did take some convincing at first…

When I brought up the idea of writing a book, Josh resisted at first, not wanting to “be more noise” as I remember he put it (as well as having a full schedule pastoring a church and raising young kids at the time). But he slowly began to see that he had an opportunity in telling his story. He could continue doing the work he was doing in his own context, within his own neighborhood…or, simply by telling his story, he could potentially teach other churches how to utilize the family model in their contexts too. As a young, devout Muslim immigrant from Egypt, the Church had loved him well, they had shown him Jesus…perhaps he could help other churches repeat this process? There are many things that our time at Lincoln taught us, but who could forget the central message of “DOPE” (“Dynamics of Personal Evangelism”) class! Tell your story. So much can happen when you just tell your own story about the way that God has changed your life. God will take your little loaves and fishes and multiply in ways that you can’t necessarily comprehend or imagine.

This book was not something we could have imagined as students at LCU. Josh came to Lincoln to become a pastor. I came to get a counseling degree. Neither one of us could have foreseen what God would do. But we are so grateful for our time at Lincoln, not only because we were well-prepared for ministry and family life via our time there, but because LCU was the foundation for our friendship, the place that would knit us together as like-minded, life-long family in Christ. And our friendship was the foundation for this book.

It wasn’t until we had submitted our manuscript to Moody that I finally saw what God had done: the very process of the way this book was authored was a testament to the message. As the African proverb says: “If you want to go quickly, go alone…if you want to go far, go together.” If our two worlds had not collided, if our cross-cultural relationship had not formed, this book simply would not exist. We went far because we went together.

“Two are better than one, because they have a good return for their labor: if either of them falls down, one can help the other up. But pity anyone who falls and has no one to help them up.” Ecclesiastes 4:9-10

Josh and his wife, Gina (LCU ’10), currently reside in Chicago, IL with their three kids. Gina loves teaching her first grade students in Chicago Public Schools, and they spend their time serving their local church and community. Sarah and her husband, Jake, reside in central Illinois with their two kids and very spoiled puppy dog. Jake teaches high school science and Sarah works as a private practice therapist; they enjoy volunteering in their local church, and in her spare time, Sarah loves to write.